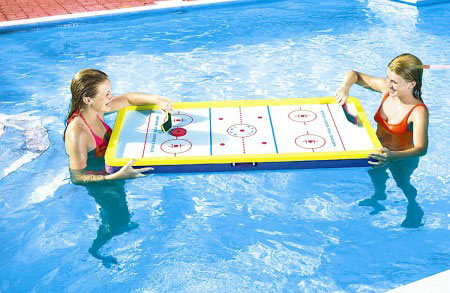 Of course there are a lot of factors to weigh in your fantasy pool: Is it a cap league? How many people are there? Is it one of those pick-a-line-a-week pools and are the Sens playing Buffalo? What’s your draft position? Are you playing with a bunch of East Coasters who have never heard of the Nashville Predators and would rather draft Chris Drury than Pekke Rinne? Is that Ovechkin kid available?

Since the days of the pizza line, the Sens haven’t really represented fantasy gold. They get goal scoring by committee. A lot of their players are expensive. Their goaltending ranges from ‘needs work’ to ‘total abomination.’ But there are still some players to keep your eye on, especially when they get hot. And there’s some value for those of you in a cap league who don’t want to pick up expensive, enigmatic wingers like a mini Glen Sather.

Spezza: Guaranteed to score 60-70 points, has a ceiling of around 100. These are the guys you want throughout your top 6. I wouldn’t take him in the 1st round, but he’s exactly the type of guy – like Brad Richards – you focus on getting in the 2nd or 3rd while everyone else is geeking out defensemen with a ceiling of 40 points because they’re thinking too much like a real-life GM. Take him unless it’s a cap league, in which case his $8M might seem a bit much.

Karlsson: His ceiling is a bit of an unkown right now, but the Sens will lean heavily on him and his game showed tremendous upside at the end of last year. It’s not unreasonable to compare him to Enstrom in Atlanta, who scored 50 points last year. Take him, especially if you’re in a cap league – he’s cheap.

Alfie: He’s consistent in every category: powerplay, +/-, points, goals, shots on net. His numbers may continue to decline overall, but consistency is just as valuable in a pool as end-of-year totals. If he’s playing, and the Senators score, he was probably in on it.

Gonchar: like Karlsson, the Sens’ entire gameplan this year seems to center on getting the puck to the point and on net. Gonchar is central to this. He’s an injury risk, and his cap hit isn’t tiny, but he’s the kind of PP specialist that can make up the backbone of your fantasy D.

Fisher: A good year last year means you’re getting a 50 point player who heats up sometimes. His cap hit is disproportionate, as he’s paid for a lot of intangibles, but picking up Fisher in a later round could be a steal.

Michalek: if he can stay healthy he’ll be a 25 goal scorer / 50-60 point guy. Especially with Gonchar getting the puck on net and Michalek parked out front. He’s inconsistent, though not terribly expensive for someone with this much upside.

Regin: He’s cheap ($1M) and will be getting boatloads of icetime this year. He’s not likely to score more than 50 points, but these are the type of young guys of which you should be trying to get as many of as you can in the later rounds.

Foligno: like Regin, he warrants some attention. Might go undrafted, but would make a nice waiver wire pickup if he keeps playing like he is in the preseason. The problem with Foligno is that you have no idea where he’ll end up. 15-20 minutes a night in the top six? Or 10 minute third liner in a shutdown / energy / agitating role? He also won’t get a ton of PP time.

Neil / Ruutu: These two clowns are valued, believe it or not, because of how rare it is for an agitator to actually be able to score about 10 goals and play a less-than abhorrent two-way game. They both get some PP/PK time, too. Might be a good late, late round pickup.

Brian Elliott / Pascal Leclaire: as much because you won’t know who’s starting from one game to the next as because they’re not great at the whole goaltending thing. Might become best friends halfway through the season in Binghamton when Ottawa is rolling a Robin Lehner / Mike Brodeur tandem.

Kovalev: the equivalent of putting $50 on red. Opposite of Alfie re: consistency. You’ll regret not having him when he shows up and scores six points, but you may as well buy a lottery ticket.