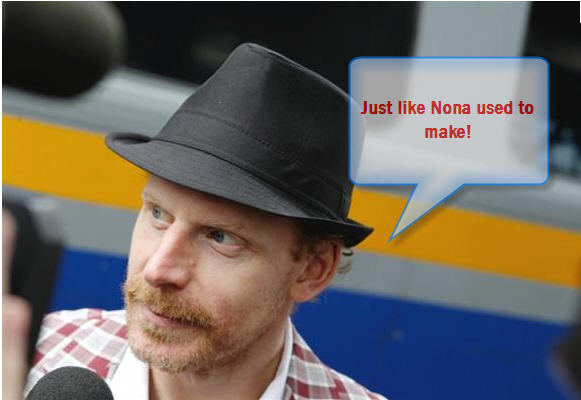 Welcome to March Break 2012 and to a lesser extent welcome to this post previewing tonight’s game. It’s not that you’re not welcome here, it’s more that I just cant promise you the glitz and glamour that is listening to your children scream at their Playstation 360 while you try to watch The View. How are your toaster strudels? Are they good? Good.

Okay, lets start today’s preview with a wee chant shall we?

If you’re heading to the game at SBP try it out! If you’re attending the game in Montreal tonight…mmmmmmaybe save that one as I don’t want anyone to get murdered at the game. Just kidding, there’s nothing to be afraid of,Montreal fans are perfectly reasonable! 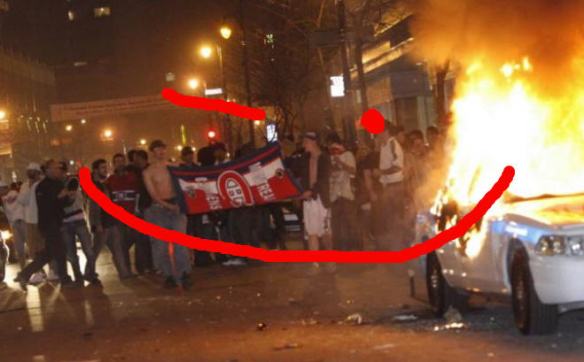 Okay! Match up you guys…

Okay, the kid keeps giving me reason to harp on this but Erik Karlsson is now 2 bleeping goals away from our once bandied about topic of 20 goals. The Stockholm Slickback continues to surpass expectations. Even when it was becoming evident that EK was going to have a pretty outstanding season, I didn’t think that a point per game clip as being a very real possibility or 20+ goals. Damn! You get the sense that Karlsson might want to reach that milestone as well as he has been putting up multi-goal games of late. Karlsson has a paltry 21 points in his last 13 games STEP IT UP. I kid, I kid because he’s insanely good.

While on the topic of defence, human being Jared Cowen recently experienced a downturn in his play which drew a lot of criticism but he has bounced back of late. Hopefully we get to see some of Cowen’s classic putting players on their asses against Montreal’s relatively diminutive line up of forwards. Cowen is picking the right time of year to get his house back in order as all of the teams in the East’s playoff hunt have decided to not lose.Ottawa’s defence will have to be on their gizzly as Ben Bishop* hasn’t even played 20 NHL games and as such will need some insulation in a hostile environment like the Bell Centre.

Montreal has received some pretty good play from Pernell Karl Subban putting up a solid 4 points in his last three. Veteran Andrei Markov has been quiet since his return (save for getting made to look like Tyler Ennis’ step nephew on an absolutely dynamite goal the other night), the guy basically hasn’t played all season and is very likely still adjusting to the pace of play. That said, should Markov get a little more comfortable he is always a threat. I’m sure you don’t remember but back in the late 1700’s when he last played a full season, but my great great grand pappy Skyler, passed down tales of his domination on the Mount Royal Affluent White Gentlemen’s Ice Cane Club of the New France League.

Meanwhile up front, the Sens have seen some of their colder players snap some streaks recently and that would be greaaaaaaat to see carried oooooon…looooking at youuuuu Colin Greeeeening or Nicholas Foliiiiiiignoooooo… Coming up on this home and home/back to back bull, the boys might want to brace for some of the top end guys to not being able to win every game for them. Lets DO THIS. One more for 30 on the year, Mr. Jason Spezza!

Despite their place in the standings *see above chant* Montreal has enjoyed pretty good production from, Erik Cole, Max Pacioretty, and of late Daniel Day-Har-Nay. Also Rene Bourque is a guy who plays for the team. Which is nice for him.

Carey Price gets le start against Ben Bishop. You know, there was a poll on Team 1200** this morning asking who gentle listener thinks is more up shit’s creek going forward Montreal or Toronto. I gotta say despite their respective places in the standings I think it’s T.O. Why? Carey Price. He’s had his ups and downs…and by downs I mean Habs fans completely throwing him under the bus if he has a bad (preseason) game but Carey Price is a proven NHL no 1. Oh Montreal has plenty holes to fill…actually…WHAT THEY NEED IS A FRENCH COACH SO HE CAN TALK TO THE MEDIA! THAT’S WHAT WINS CHAMPEENSHIPS! No but the seriousness, we Ottawa fans know how hard it is to find a guy who can handle the number 1 job in a Canadian market…Wamptimus Reim and Jonas “The Wampster” Gustavsson are giving off a mild “Back to the drawing board” vibe. Soooooo is this a paragraph about tonight’s goaltending match up orrrr was this an excuse to make Wamp names for the leafs goalies? Make your voice heard in the comments section! Or contribute your own ideas. Anyyyyyfffffffingway, Carey Price is good and Ottawa’s going to break his spirit early. A few quick goals will deflate the building that sometimes cheers for him if he’s playing well. Ben Bishop has those amazing all over the place numbers a goalie can have when they’ve only played a handful of games. You know like how Lehner was undefeated with a GAA of 1.00 for most of the season? Still, B.B. has been holding it down and that’s reflected in his .940 save percentage his last two starts. Hopefully he can extend those stats just a few games longer.

Although the next few games are against divisional opponents who sit lower in the standings this is far from a slam dunk of a stretch if you ask me. Which you didnt and now im mad at you.
First, I find Ottawa has habit of blowing “easy games” this year, second, the schedule is terrible a home and home with a back to back? Short distance but a lot of hockey for a couple of days. If one or a combination of Spezza, Karlsson, or Bishop falters, that could be a lot of missed points for Ottawa at a crucial part of the season and with Boston currently diarrheaing all over themselves, I don’t know if those points have been more valuable this season. Enjoy the game!

*He’s tall. Geez, what else? Oh Paul MacLean has a moustache. I know, what a wooorrrrrrld. What’s next a lady police officer?

** I mostly listen to my Boomerang Original Soundtrack cassette