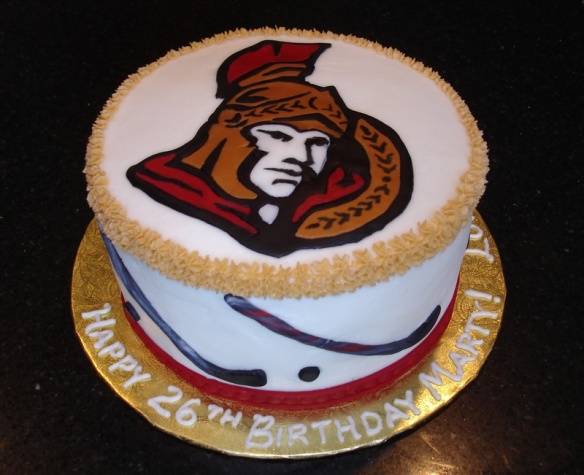 This July marked the two year anniversary of Welcome To Your Karlsson Years, once The Cory Clouston Fashion Review, and before that a whole bunch of Gmail threads. We had a vision way back in 2010: to talk about the Ottawa Senators without access or insight, as only several other Ottawa Senators blogs were capable of and already doing.

Since that time, it’s been pretty remarkable to watch our little readership and community develop. I don’t have any doubt that we’re a very small fish in a very large sea of opinion, but nonetheless it’s been gratifying, humbling, and boner-inducing to see our traffic go steadily up. In July we beat our best ever month for site hits. That’s right: July. That blows my mind.

We do have to thank a couple of sites in particular for helping us along the way. Both Silver Seven and Puck Daddy have linked to us many times, shunting a segment of their literate and larger readership in our direction. That’s very gracious of them. By linking to them here and shunting at least tens of readers back, we consider that debt repaid.

I’d like to thank Erik Karlsson for being amazing and making us look smart for naming our blog after him, and the NHLPA for not suing us, despite the tenuous value and borderline damage this blog brings to Karlsson’s considerable brand leverage. Someday we hope to be folded into the young man’s synergy strategy and, as a result, learn Swedish.

But most of all, we have to take a moment to thank you, dear reader, for returning to our site every day, or at least every couple of weeks when you think of it because Jeremy Milks hasn’t been updating as much lately and seriously I wish he would. Because of you we get to live our dream, until such time as we develop superior and more lucrative dreams.

Even though by the time this posts it will be August – the month known in the hockey universe as That Scene in Bill and Ted’s Bogus Journey Where They Play Board Games with Death – we’d like to clue you in to what we have planned for the blog in the coming weeks and months and years and centuries.

First, we will continue to write. About whatever comes into our heads. James will be funny. I will pretend that I have any idea what I’m talking about, using a cursory glance at BehindtheNet to suggest that Bobby Butler should have been named assistant coach.

We are still planning, and working on producing, a podcast, which I’ve learned is some kind of online radio show for cyberpunks and horrible loners. In our heads it is awesome.

We’re gonna get Steve producing some more of those magical images that are basically our bread and butter, including, possibly, some nice new site design elements. We will continue to abuse Steve in this way with little recompense for how very much our friendship has cost him.

We are also working hard to get James a press pass for a solitary game. He will write the Ottawa Senators Blog equivalent of Dr. Zhivago, and then we’ll sell the site to BF Goodrich or Subway so that we might recoup some small portion of the value our employers lose as we write about hockey on their dime.

And finally, we guarantee that the Ottawa Senators will win the Stanley Cup this season. Stephan Da Costa gets the Conn Smythe. Bank on it.

But until then…thanks again for reading. Go Sens go!