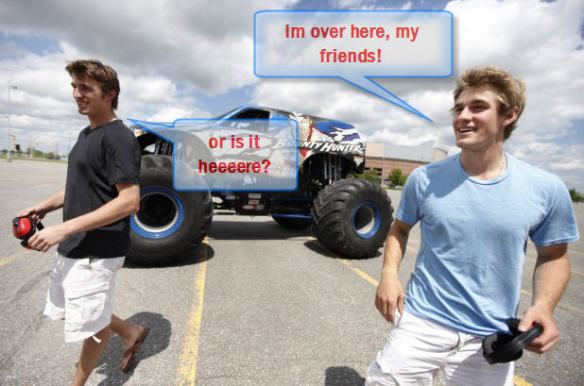 Kyle Turris and his twin brother Tyle Kurris enjoy an afternoon of whatever this is…Rich people stuff? These guys look alike.

I guess we should analyze, huh? AUGUUUUUST.

Hard not to like a low-spending team getting a pretty decent second line center for $3.5M for the next five…presuming he’s a second line center and not a fourth liner the way Phoenix used him. I’m excited about locking in a young player with great pedigree, someone who’s primed to grow with this team and hopefully become a core member. On the other hand, it would have been nice to take a year to see what we really have on our hands here. If he ends up surprising the hell out of everyone and putting up 60-70 points or something, well then that’s the kind of problem every team wishes they had, and the risk seems far less than Turris becoming what he was on his last team and us counting down the days to his contract coming off the books.

I guess what I’m saying is that this team has become pretty great about taking players with flashes of brilliance–Bobby Butler playing with Spezza two season ago, Regin against the Pens in the playoffs way back in 1977– and giving those players guaranteed contracts that will look brilliant if the player’s success translates into a full season and cost nothing if they don’t work out. Turris’ deal looks the same on the surface, but is different in a few important ways. Obviously, it’s more money and more term. But also Turris has a body of work to analyze, where Butler and Regin didn’t.

So I guess what I’m saying is that this is a totally reasonable contract by a team that can more than afford it, and it takes one of their prime chips for the UFA period next season off the table. All of this is great if Turris keeps up the good work. If not, well that five year term looks a little bit foreboding. If anything, you can tell the economics of this game have gone wacky when we all agree that paying $3.5M a year for a 23 year old player whose career high in points is 29 and career PPG is .403 is a crazy steal.

Well sir…if the pressure was on Turris to perform this season now it’s “iz-on” like old people say. And for 5 seasons. Comparisons to Mike Fisher and fans’ perennial displeasure toward him never quite reaching the nearly unreachable expectations put on him are to be trucked out upon his first dry spell. A huge difference is though, is that Mike Fisher was making an average of 5 million per which was too much.
Should Turris falter some or be usurped for 2nd line centre (good problem) and slip to 3rd line centre, his 3.5MM annual hit is a not impossible to digest.
Sidebar: Imagine Kyle Turris as 3rd line centre facing off against the Tom Pyatts of the world because some Mika Zibanejad or Stephane Da Costa (what?) turns out to be a 60-70 point pivot? I would take that.

Put it this way: If things were to go South and Turris were to end up a 3rd line centre, he’d be making 500K more than our beloved Chris Kelly currently is and for just one more year….except Turris is 23 to Kelly’s 31. Oh and has way, way more scoring touch.

This deal seems to work well for both sides of the table. Despite reports of his reputation in Phoenix (which you never know what the full story is / how much of it is Agent vs. Management  more than Player vs. Management, etc), Turris genuinely seems very eager to play for the Sens and to be part of this team’s core going forward.
Seeing as we are not and will ever be New York City (and who is in this work-a-day world?), getting players who want to be here for the long haul likely proves tough. People criticize how Murray seems to always give out that year or two more term than seems necessary such as on deals like Anderson’s 4. I think in the cases of quality players like Andy or Turris a franchise like Ottawa has to give a little extra than others would to lock them down, especially during a rebuild, . Makes me judge teams like Calgary a little less for giving Jay Bouwmeester a billion dollars a year for a little too long. A liiiiittle less I judge.

Turris wants to be here and conversely Murray and co have  shown him clearly that they are ready to make him a big part of Ottawa’s future. If he was underutilized before in his past life in Phoenix a five year deal shows those days are long over. Obviously, at this point in his career this is a gamble deal but so far Turris has shown in his time with Ottawa that if you give him the ball he’ll run with it (it’s a sports metaphor…I know, I don’t get it either).

As far as the gamble element of the deal goes, as we learned during my recent post on pedigree vs. performance in Ottawa’s lineup…….you DIDN’T read it? Well I want you to know that just because I litter my posts with diarrhea on toast jokes it doesn’t mean I don’t put time into them…ANYWAY, we learned(ish) that the safest round to gamble on is the first. That said, its important to note that Nikita Filatov was taken in the same draft as and way ahead of Erik Karlsson so, life is like a box of Lieutenant Dans but if you’re going to take a gamble on a player a guy with 3rdoverall pedigree and a good track record on your team is not lunacy.

May the Team 1200’s post game call in show be forever at your back and The Alfie on your wing something something you to the stars.