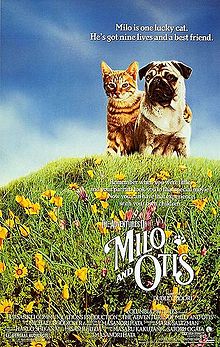 In this case Otis is Spezza. Possibly Bryan Murray.

Milan Michalek has one year left on his deal after this year, a deal with a fairly scrumtellescent $4.333333MM cap hit but a real life grab-blowing-cash-in-a-glass-box paycheque of $6MM. (Note: while the Sens sort of lucked out on not having to pay Spezza about half of his $8MM this year because of the lockout, and next year his salary dips to $5MM, they sort of take it in the nads with this one.)
When thinking about whether or not Milo should be re-signed, there are the two obvious questions: 1) what kind of money does he want, and 2) is he a core or complimentary player? The latter question is more important than the former, first because it determines the validity of the former’s outcome, and second because this team is stacked with complimentary players already.
Out of a 259 potential games (as of this writing), Milo has played in 222. I found that a bit surprising, as Michalek holds a place in my mind with those Sens approaching “injury prone” status. It’s not volume of games missed, it turns out, but that he has a propensity for getting hurt at a bad time. (See: playoffs under Clouston; right now.) Over his first two seasons he missed a not-unsubstantial 16 games (including playoff time), and last year he got into a great 77 games. But this year he’s injuring himself in warm-ups, and worse, it’s always his knees. This seems like the worst of both worlds: he’s not missed enough time for Ottawa to allow that to influence contract negotiations, but enough to make everyone worry.
He did score 35 goals once, which is great, especially since he’s also a player who you can use on the penalty kill. Like Mike Fisher with better luck / possibly just more ice time. But what chances will that outlier season have of distorting negotiations?
His relative CORSI is not exactly beastly out there, especially since he starts over 60% of his shifts in the offensive zone. In the year when he scored 35 goals, which happened as a result of an ungodly high shooting percentage through about a third of the year (at one point he was on pace for 50 goals, and then he predictably regressed), and in which he played 77 games, his relative CORSI was 1.1. Compare this to his line mate, Spezza, whose RC was 6. He also draws about as many penalties as he takes.
I have to conclude that Milo is a versatile player with a lot of upside. His defensive game is not deficient, which is very valuable for a player making his kind of offensive contributions. This alone makes him well worth re-signing, but he isn’t exactly a game breaker, and barely a core player to build around.  He’s still relatively young at 28, but exiting him prime for a power forward. And then there’s those knees.
You also have to consider the players coming up who might be able to play that role of the utility forward with scoring upside: Zibanejad, Silfverberg, Stone.
All of this implies to me that he shouldn’t make anywhere near that $6MM base salary (perhaps obviously; this was negotiated with San Jose, who were giving him one of those deals predicated on his 6th overall draft position and his youth, perhaps). It’s possible that his cap hit is even a bit high.
James, I know you’re more concerned about term than money, and I can’t say I disagree with you; I don’t much care if Papa Melnyk shells out an extra mill for Milo considering this team is going to spend about $20MM less than the cap every year anyway. I would be concerned, however, about giving him those sweet, sweet Turris years. I’d be concerned to see Murray going more than 3-4, which might be tough, because Milo at 28 will probably be looking for what could be his last NHL deal.
If he’s to be re-signed, I think anything in the area of 3-4 years has to be viewed as a maximum, and at no more than his current cap hit, but preferably less. Perhaps smarter, though, is to hope he parlays some rest and the return of Spezza into a strong season next year, at which point he can be traded. I see Milo making attractive trade bait to a desperate team with a flailing GM–think Gauthier trading Cammalleri for Bourque last year.
James:

This is a very tough question. There is a surprising amount to unpack with Michalek. The most interesting point you brought up being that he hasn’t missed as many games as one would think during his time here, but also that almost all of those owies have been knee related…minus the time Erik Karlsson laid him the fuck out and concussed him. More troubling is that those knee problems predate his time here. It’s weird because it seems for every plus for Michalek there is a minus. He’s young but he has pretty chronic injury problems for a young guy. He’s a proven scorer but can’t seem to put up points without a good playmaker. Possesses tremendous speed but that speed is dependent on those shanananananaKNEEEES KNEEEEES.

I’m glad you brought up Zibanejad because a big question I ask going forward, “Is Zibanejad being developed as the heir apparent to Michalek’s role?” On paper, Mika is a similar player. He’s big and strong with great speed, unafraid to do dirty work, plays a good defensive game. That and Mika comes with the added bonuses of possessing a blistering shot and the ability to take draws. Like most young European forwards I’m going to assume Ziba is good in the shootout as well. Hmmph, appears he was 2 for 3 in Binghamton this year. Pretty damn good. Of course, the thing with this Zibanejad comparison is that it’s too early too tell how he’ll develop. Meanwhile, Michalek is a proven top 6 guy.

Perhaps the biggest plus here is that Michalek has averaged 25 goals per year in his time in Ottawa. That kind of production lacks in a big way among Sens forwards especially when you consider Alfie’s time winding down. Of note: We have a 40 year old in our top 6.

So it does really seem to come down to whether one thinks Milo is a core or a complimentary guy. I would say he is in the highest echelon of complimentary player or Complimentary +++ to use a scientific term. The team doesn’t necessarily fall apart without him but if this year has made two things abundantly clear to me: Our rookies aren’t quite there yet AND, most importantly, you can’t have enough players who can comfortably play a top 6 role.

You’re right Varadddzz, it’s more about term than dollars to me but that’s only right now when the team has like 10 rookies in the line up and is only really spending big dough on a couple players. When some of these guys start making nice-nice and their ELCs get used up we will no longer be the cap floor team we’ve come to know and love. I’d love to see Murray shell out more for fewer years. Maybe 6MM (see what I did there?) for 3-4 years and re-evaluate from there. The down side is that will never happen. Milo and his agent are going to go for long ass term. If it goes 5 years, I still say go for it…but we’re talking Bryan “One More Year” Murray negotiating with Allan “I just got comparable player Travis Zajac signed for 8 years” Walsh. Resign him though; Ottawa needs those 25 goals.

5 thoughts on “Milan Michalek: just who the hell does this guy / we think he is?”