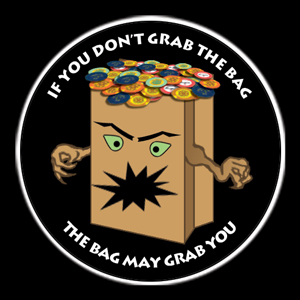 Playoff Chances and First Round Match-ups

Sure, that 4-0 beating laid on us by the Leafs over the weekend smarted. No, it more than smarted; it was humiliating the way only the Leafs can humiliate the Sens when playing a nationally televised game on a Saturday night. But hey, it was Hockey Night in Canada, and I’d bet the Sens’ overall record on Saturday night games against the Leafs is desperately low. ANYWAY, take solace: all of this could end up working in Ottawa’s favor.

I know who I’d rather face in the first round, even if an Ottawa-Winnipeg first round would generate all sorts of small-town Canada jokes and receive a modicum of coverage next to a Center-of-the-hockey-universe, first-playoff-game-in-eight-years Toronto v. Big Bad Bruins w/ a side of Kessel drama.

As an aside, I have to say: it’s almost nice to see Toronto enjoy a young, exciting player like Kadri. They drafted him, developed him, and now it’s paying off. I don’t think that’s happened in all my years of watching hockey.

All this to say: go Leafs go? You can have the Bruins. For me, the Bs are a worst-case scenario; I’d rather face almost anyone else, but if it was the Jets it would be like waking up on Christmas morning.

After receiving peanuts for probably the best player in franchise history, Feaster got a pretty good return for Bouwmeester last night. A first round pick in this very deep draft from a team that is probably going to have a mid-round pick is a good haul. Even if St. Louis makes the playoffs, it’ll be against Chicago or Anaheim and I don’t see them pulling that off. If they don’t make the playoffs, Calgary gets next year’s 1st rounder, which could be even more intriguing. St. Louis is a poor team with a huge number of quality players to re-sign this off season. You could see them returning a much inferior squad next year, in which case, who knows where that 1st will land? The gambler in me (presuming this gambler was also a Flames fan) would almost root for the Blues to miss the post-season so you could wait and see where that next pick is going to land.

On a related note, Feaster continues on his streak of demanding third-tier prospects in return. One of the prospects he received back is an older goaltender who isn’t even qualified yet. Either his scouting department is on some Rain Man, experimental jazz trip, or they’re using NHL 2013 like I am.

Also interesting: by trading two of its players, Calgary went from a  top five payroll team to 16th.

Good to see Buffalo also come out blinking into the sunlight after their long period of acting like spending money turns you into a contender. I’m starting to think that trade deadline day is going to consist of watching Buffalo come apart at the seams. They haven’t received much of value yet (two 2nd rounders, starting next year? So, two players who you’re 5-6 years from even glimpsing in the pros?), but I’ll be very interested to see what they can get for Miller, Vanek, and Pominville. They could end up setting the market.

Oh, I guess this is an Ottawa blog

What should Ottawa do at the deadline, anyway? Well, considering how quickly any players of consequence are being snatched up, I can’t imagine Bryan Murray swinging for the fences on this one, and I desperately hope he doesn’t part with that 1st rounder. The best player I think Ottawa can hope for is a familiar face: Jason Spezza or Jared Cowen coming back in time for the playoffs. This deadline day was already going to be a boring one, but I think it might be especially so for Sens fans.