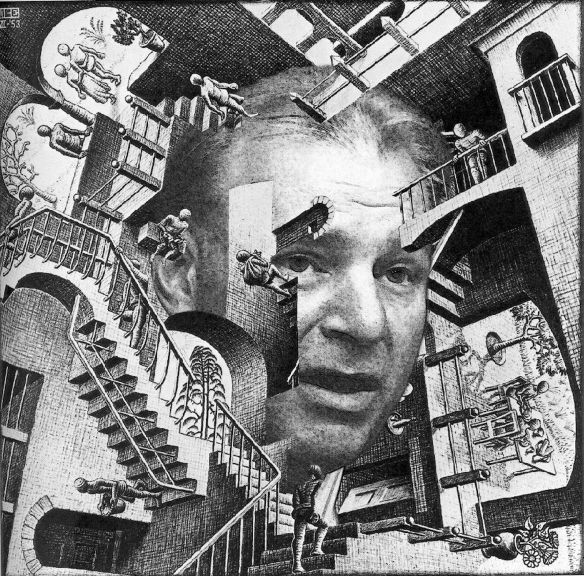 HOT CHRISTMAS CAN THIS DAY GO ANY FRIGGING SLOWER!!!

Hi everybody. To quickly go over the Pageautions surrounding game 4, I have to say as I did after the 6-1 routing of game 3, we are witnessing a new era of Senators playoff hockey. Though pound for pound more talented, the President’s Trophy winning era Sens teams were not the type to do something like claw back from a 2 goals to none deficit in the third to win it in OT. Damn. That said, all this bologna about Ottawa having never blown a series up 3-1 is completely irrelevant to me. Those were different teams. Different circumstances. Tonight is about tonight. Let’s make out a bit…

I’m actually not all that happy that Carey Price is out.
Oh sure, Peter Budaj is currently rocking a .500 playoff save percentage but he presents quite a wild card. Who knows how this guy is going to react to getting a start. I am never one to discount a backup tender. Lord knows we’ve seen enough of them get started against Ottawa the past couple seasons and seen a fair share beat us. My ideal scenario would have been Price trying to be a hero and not playing 100%. Instead we get a healthy guy who’s fresh. Ottawa’s had success against him in the past but having never started a playoff game before we have no idea what to expect of Budaj. If Price were to start, Ottawa would have a bit of a better picture of what they were in for. A good goalie not playing his best. If I were to guess, Montreal is going to fall back and try to protect their backup goalie as best they can so Ottawa’s going to have create chances and take a lot of shots…wait let me rephrase that:: Ottawa is going to have to take a lot of QUALITY shots tonight.

I am fine with Brandon Prust being out.
This guy. I have to hand it to him after his meathead walrus remark he did follow it up with being what I felt was Montreal’s best skater the next game. Montreal loses a significant physical presence in the game tonight. Ditto with the loss of Ryan White who is out with a human being injury or whatever coaches don’t call them. Montreal is not an overly physical team to begin with but with these two out of the lineup and a nicked up Max Pacioretty Ottawa is presented with a tremendous opportunity here. In game 3 Ottawa was laying out Montreal players left, right and centre and it slowed them to a Latendresque crawl. In each game that Ottawa has not played the body Montreal has pressured them with their impressive speed. Some people really don’t like him but I think Chris Neil has been particularly effective in stopping this. His big, timely hits have opened up space for the Sens to maneuver. I don’t know if you’ve noticed, attractive reader, but Ottawa has had some difficulty entering Montreal’s zone from time to time in this series. This is a game where Ottawa has to come out as aggressively as they did in game three. I feel we’ve only seen that kind of jump once so far. It would also help if Subban can manage to get another game misconduct. Neil get that irritating face of yours all up in his tonight! The Habs are missing a significant amount of players but there is still a lot of talent in that lineup and I expect them to come out looking like a team fighting for their playoff lives.

Smooth Jimmy’s HOT and uhhh NOT QUITE SO HOT list: A Presentation of That Really Creepy Strip Club and/or Adult Video Store I Cant Even Tell Out By The Airport.

HOT
Marc Methot.
Remember how much doubt there was surrounding the trade for Methot? I recall a lot of, “He’s played his way out of Columbus’ top 4” or “His possession numbers are terrible” etc etc. Look sugar bear, after the Pascal LeClaire fiasco, it wasn’t unreasonable to be skeptical of a trade for a Columbus player but for a guy billed as a “big shut down defender who can move” I have to say, as someone who was pretty excited about the acquisition in the first place I was not expecting the type of performance we’ve gotten from Methot this year. A solid season is one thing but a point per game and only one penalty in 4 games? Methot’s been fantastic on Ottawa’s back end. I am so happy to have this guy on board for the next couple of years. Also, according to every lady on twitter he is very handsome.

Hmmmmmmmmm Not Exactly Hot in Hurr..
Milan Michalek.
I dont know what to think here. Guy plays pretty poorly, get his knee scoped, misses time, comes back, plays well. Playoffs come, largely invisible. I dont know what the deal is but I know I’m not crazy about a guy as suited for this series as Michalek being pretty much a non factor. His two points and 11 shots are positives but he’s not the same guy who can burn by defenders on the rush down the wing. Get normal get normal soon we want you to resume being norrrrrmaaaaaaaaaal.

Creamy Middles
Tyle Kurris.
Massive goal from Turris. Just massive. Pretty crazy to think that when you type “Kyle Turris Epic OT winner” into Askjeeves.net there’s more than one result now. At a point a game and hot off his goal that’s put Ottawa up 3-1 in the series its tough to criticize but Montreal has been taking it to Turris in large for most of the series targeting him every chance they get. It would be great to see Turry get yet another important goal. Revenge is a dish best served …goals.

Things that make you go UGH.
So, MacLean has announced that there will be zero line up changes for Ottawa tonight and as such Matt Kassian will continue playing his 3 minutes against a team that will not try to fight anyone tonight. Gotta trust MacLean as he is a better man than I (not hard btw) but from my point of view this is a missed opportunity to play the possibly fired up and far more talented Guilaumme Latendresse. I mean first off this is the one time that LATENDRESSE IS AN UPGRADE SPEED-WISE. Second, you sat him for being a bit soft, punishment served, lesson hopefully learned, now let the guy who has good hands and an ax to grind back in the game! Also, Mark Stone has been taking practices with Ottawa lately, you’re telling me that Stone also isn’t an upgrade over Kassian’s 3-4 minutes. I don’t know. Also, Jim O’Brien and Peter Regin are now skeletons covered in cobwebs.

Holy crap I’m so keyed up right now. The Sens winning a third straight game is a lot to ask. See you all out there. Deep breaths and only 17 more hours till game time!