“I am human and I need to be loved. Just like everybody else does.” – Morrissey

I was sitting in a diner at the bar one morning a few weeks ago *catches bouquet of roses, has tiara placed on head, wipes tear, waves* watching some lopsided international hockey tournament that is so hard to care about unless you’re eating a delicious greasy spoon breakfast and pointed directly at a television. I watched Canada’s U18 team run up the score on some loser country and was struck by the sight of a talented defenseman named Morrissey.
Currently ranked around 20th or 21st overall by most scouting services, Morrissey will likely be available should the Senators stand pat at 17th overall at this year’s draft. With a seemingly effortless but combative style and famous for his vanity and at times over  confidence one wonders if Moz will be good in the dressing room.
With the Captain Daniel Alfredsson and the NHL at large’s recent partnership with the You Can Play project, Morrisey’s enigmatic “fourth gender” sexual politics should not be an issue among his teammates should he join the Senators.
Questions still remain, however, over how his history of contempt toward authority figures will fit into Coach Paul MacLean’s system. That’s not to mention concerns of how his outspoken and often controversial animal rights activism will fly with avid hunter and potential partner Eric Gryba. As we’ve seen with Karlsson and Methot opposites can often create a perfect foil  and produce impressive results quickly.
Rumors continue to swirl over his refusal to play in Canada until the government moves to ban seal hunting practices but this fan hopes that could potentially change over time. With all the depth Ottawa currently possesses at forward I believe Bryan Murray should take a chance on this high risk, high reward talent who’s never one to sit out of a scuffle.

I’ve put together just 5 of many highlights spanning his still promising career:

Many rookies would kill for a performance like this right off the bat. Personally I like this Hatful of Hollow version a bit more than the proper album cut. It just has a little more of a raw, live off the floor punch to it you know what I mean? Widely revered for his Oscar Wildesque cutting yet playful lyrical talents, young Morrissey shows some impressive range here going from a croon to gutsy falsetto and pulling it off with ease. A natural.

What more can be said about this absolute classic? Anyone who tries to imply that that his work is too delicate for their taste should give this a chance.

With the cult of personality he’d craftily built around himself in full swing (as evidenced by the biting video) this single off of the criminally underrated Stangeways Here We Come serves as a swan song to Morrissey’s partnership with Johnny Marr. Not one to rest on his laurels Morrissey still finds himself in top form after having already established himself as a top talent. With Marr’s toning down of his up to that point typically intricate and janglely style of playing, Morrissey takes advantage of the opportunity to really stand out.  As the last cut on side A it is proof positive of his knack to create great things even in deep.

This is perhaps the best demonstration of Morrissey’s keen ability to break out on his own. Though his individual efforts can be spotty at times he has shown that when anchored by a responsible foundation provided by Steven Street, whom he’s also shown great chemistry with, he can still produce very strong efforts. Many have pointed to a decrease in elite level output as directly correlated to the end of his pairing with Johnny Marr but I feel for the most part Moz has continued to mesmerize his many fans on a consistent basis on his own.

Lastly, in this clip we see a much matured Morrissey taking on a striking leadership role. Here he displays a surprising punchy toughness while maintaining an impressive pace perhaps feeding off the energy of younger players. Again, his problems toward authority are evident here but if managed properly could be a small price to pay in exchange for what I feel is an enduring, generational talent.

In closing I really, really want a Senators jersey that says Morrissey on the back. 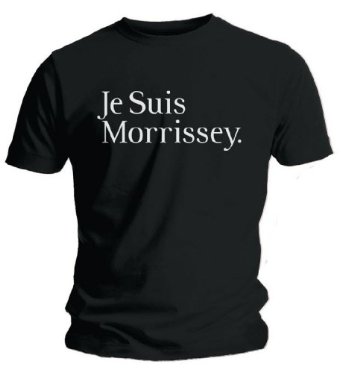 5 thoughts on “Five Reasons Why Ottawa Should Draft Morrissey”