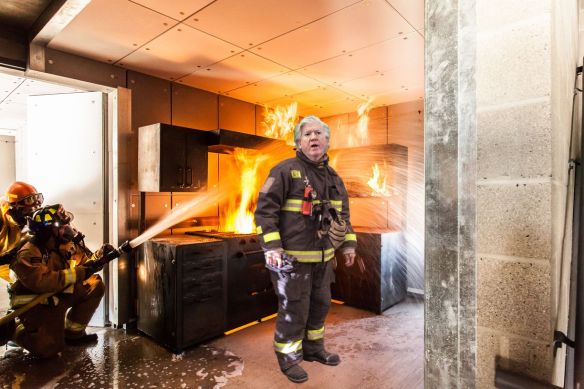 It was the Hemsky of times it was the Phillips re-signing of times.
Well, we’ve had lots and lots and lots and lots and lots of fun with this trade deadline bologna and here we are. One Ales Hemsky richer and one Phillips…here-er…for two more friggin years-er.
Well, it’s been tough focusing on tonight’s game what with the whole “not knowing what the teams are going to look like” thing surrounding it. Very crafty PR move by the Senators to have the Trade Deadline be today in order to distract from BEING SWEPT IN THE FUCKING SEASON SERIES AGAINST THE EDMONTON OILERS RRRRRRRRRRRRRRRRRRRRRRRRRRR!!!!! Karma from sweeping the Blues? Anyway, surely Ottawa can beat the frigging Calgary Flambés tonight, right? I don’t know anything about anything anymore. Speaking of which…

This is the part where I talk about Ales Hemsky!
So, welcome, Ales Hemsky. Ima come clean, like Bobby Ryan before him, this is a trade that Ottawa’s been rumored to be in on for a minute that I’ve been hoping would get done. I think they got him super cheap too. It’s admittedly pretty fucked up that the Sens playoff chances are super slim after last night’s disappointing loss so the decisi–
OOH! A telegraph came in, its from…why, it’s from YOU!
You:

James <stop>
Hemsky’s a UFA at the end of the season <stop>
If Ottawa doesn’t make the post-season, what’s to be gained by this? <stop>
Need your optimistic guidance, Boo <stop>

*10 minutes pass with me in The Thinker position*
Okay, I thought of something!
Entertainment value. *Everyone quietly closes their browser window* Hey, even if duder is just a rental (LIKELY!!) at least we’ll have a winger playing with Spezza who’s trying to earn his next contract. With no 1st round pick this year, might as well play spoiler for the rest of the season. Who knows, maybe he’s a great fit and we re-sign him.
Anyway, if the Sens don’t make the playoffs it’s not like I’m going to stop going to games (FINICKY!!!) so I’ll be happy to watch this top six for the rest of the season:
MacArthur – Turris – Ryan
Michalek – Spezza – Hemsky.

Here’s the part where I talk about Chris Phillips.
Don’t say I didn’t warn you that not only would Big Rig not be traded but he’d be re-signed for more than one year – my assholish column here

Okay that’s sorted.
Craig Anderson gets the start in goal for the second straight game. I mean it’s worked in the past right? What’s that? Hasn’t worked for Andy or Lehner? Hm’kaiihee.
You know Lehner has looked bad when he can’t even get a start in the second game in a back to back against the Flames after the other guy just lost to the Oilers. YEEEEEAAAAASH. THIS SEAAASON HAS BEEN FRUSTRATING.
Joni Orito *shrug* will get the call in net for Calgary. It is his 2nd NHL game, his first being a 2-0 loss to LA.  I shouldn’t feel as nervous as I do, slump breakers that we are.

Obviously the big story tonight is getting to see Spezza play with a quality winger. No disrespect Colin Greening *laugh track* …until something goes wrong and Paul MacLean moves Hemsky down to Smith and puts Neiler back where he belongs, with a cerebral playmaker like Spezz.
Seriously though, I’m really excited. Hemsky’s a bit of a confusing move because of his UFA status at the end of the season but we’ve each and every last one of us wanted to see an improved top 6 and for at least for a minute we’ve got one.
Hemsky will get no more than a pre-game skate to adjust to his new centre so expectations are WELL managed but at least he knows Michalek from Czechoslovakia (source Wickedpedia.biz). Really looking forward to it.
Here’s hoping that MacArthur – Turris – Ryan are kept together tonight because I LOVE when the Sens win games.
Calgary will have a couple of newbies in the mix tonight calling up Corban Knight and Max Reinhart from the AHL. Yep that’s what’s new with Calgary on trade deadline day because they didn’t move Mike Cammalleri, Chris Butler or Lee Stempniak because rebuild. Bryan Murray had better watch out because Burkie will be WELL RESTED tonight.

Hmmmmm what elllllllllllllllllllllllllllllse?
Oh yeah Erik Karlsson came ever closer to uh…my goal of scoring 20 goals on the season with his 17th last night. He’s on pace for 22 and as I mentioned earlier Joni Orito is starting so…
Hey, want to know something else neat about EK? Okay, well, he’s got 19 points in his last 19 games because he’s fucking incredible.

Enjoy the game and GO ALES AND THE SENSKYS!