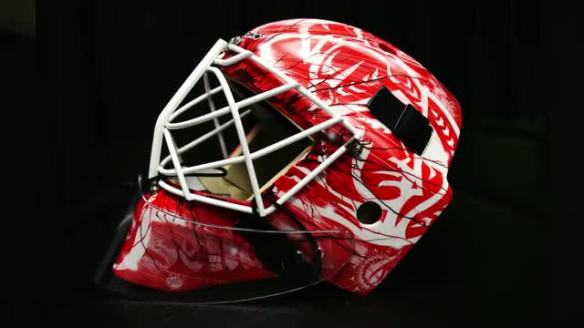 Obviously it’s been a surreal week in Ottawa, and not one I’m going to spend any time on this hockey blog pontificating about. Let’s repress with the best of them and take a look at our Sens, and around the league a lil’ bit, as we come up on the 10% mark of the NHL season.

All prayers are dedicated to the health of Erik Karlsson and our goaltenders, for without them we are but dust

We’re only seven games in, but the new Sens look an awful lot like the old Sens. Which is to say, they allow a butt-load of shots, have terrible possession stats, and it’s only by the grace of our outstanding goaltenders and Erik Karlsson playing in all situations and 30 minutes a game that Ottawa is anywhere near contention. According to that link we’re only outperforming Calgary and Buffalo who, according to this Swiss Chalet wet-nap I consult on all NHL related questions, are terrible teams barely disguising their desire to tank.

Interesting to see MacLean dip into his coin satchel of psychedelic line combinations already. Mark Stone sits last night against Chicago? Sure, why not. Cowen is now officially in Siberia? Works for me. Erik Karlsson with Patrick Wiercioch, no wait, Chris Phillips? Ulp. The only constant, it seems, is Chris Neil on that second unit power-play, which I’ve just come to accept at this point the way I’ve come to accept that a Conservative majority government will force anti-democratic measures through Parliament by way of omnibus bills. Give me the serenity to accept what cannot be changed, the courage to change what can be changed, and the wisdom to know the one from the other.

Happy to see our one legitimate scoring line of MacArthur – Turris – Ryan reunited and looking consistently dangerous. But outside of those golden three, we’re just going to have to summon all good thoughts and all of the hosts of hoggoth that Robin Lehner (.944%) and Craig Anderson (.936%) can keep up this play / stay healthy / not go insane under a constant barrage. Only in the NHL would this count as a game plan.

Ottawa’s a respectable 4-2-1, and it’s only because everyone else in their division has also been putting together respectable records and have been playing more games that they aren’t in a better position in the standings. But this next little while is going to get turbulent.

This week they’ve got a beaten up Columbus, who are co-opting our “secretly not very good / pesky!” approach to hockey. They are eminently beatable, but this will likely come down to a one goal game either way. Then they play Chicago again, who looked lazy last night and played a goaltender who’d never played an NHL game before and still won. Then there’s Boston, who Ottawa are contractually obligated to lose every game to, then Detroit and Minnesota – both very respectable, veteran-laden teams. If Ottawa can’t steal some points from the Winnipegs, Torontos, Edmontons and Calgarys to follow, then they’re going to be in a tough spot come the end of November when the fan base yells “I hate you!” and runs into its room, slamming the door behind it.

Let’s check in on the One Who Got Away. No, not Alfie. No, not Heatley. Nope, not Chara. I mean Jason Spezza! (*waits for laughter to subside*) I mean, we all agreed he would go to Dallas, play on a line with Ales Hemsky, and be an absolute beast for them, right?

Well, yes and no. On the one hand, he’s got 11 points in 8 games which, according to the wet nap, is extremely good. He’s also a -5, which is the Spezzaist-Spezza-to-ever-Spezza.

How about Hemsky? Not to be outdone, he’s also a -5…except he only has one assist in those same 8 games. Did anybody watch that 7-5 loss to the Islanders the other night? Holy hell, that is some premier OHL hockey if I ever saw it. We were right that Dallas is going to be entertaining to watch this year. We were wrong that they were going to be very good. Anyway, looks like we might have dodged a bullet on Hemsky, even with our totally insulting low-ball offer we never really expected him to accept.

I told you Tampa would suck

Speaking of not being as good as everyone assumed they’d be, Tampa Bay, despite spending more money than God spent when she created the NHL, is 5-3-1 with some very embarrassing losses in there. They lost to Edmonton and Ottawa. Needed OT to beat Florida and Calgary. Were destroyed by Minnesota. Ben Bishop is a decent .918%, but hasn’t been a world-beater.

I’ll keep saying it – you don’t finish third last in the league, lose Martin St. Louis, get swept in the first round, and then become a contender. It doesn’t happen in that order. You gotta take some steps in between. Watch for Stevie Y to spend even more money this off-season on whichever defenceman becomes available.

My second favorite team and the little engine that could keeps right on trucking in the toughest division in all of hockey. They’re amazing, and, perhaps for the first time in franchise history, also watchable!

I have nothing novel to say here, other than Go Preds! which I guess is pretty novel after all.

1 thought on “Weekend Grab Bag: Getting Back to a Place where Hockey is a Thing”