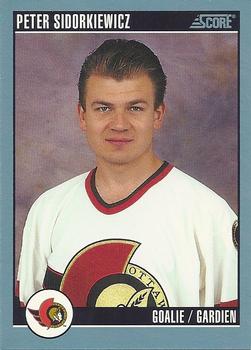 Me, truthing it (not pictured: you, lying. Why are you always lying?)

Unlike most of their local industries, the Detroit Red Wings just keep coming back. This is their third game against the Senators this still-young season, and it’s starting to look like the Wings, who were expected to battle the Senators for third in the division – third! As if there were any doubt the Senators would steamroll the various doormats and poltroons of the Atlantic – are Bad. The Red Wings sit fifth in a weak division, tied with Buffalo (which is not considered a contender) and Florida (which is not considered a hockey team). Their third-leading scorer is eight years old. Within a month, opposing teams will stop drawing up offensive schemes during pre-game strategy sessions and simply stare at their whiteboards trying to figure out their current point total plus two.

The Red Wings are not only Bad, you can rest assured they are committed to getting worse and staying there. Last week’s big news out of Detroit, other than the NFL electing to dissolve the Lions on the basis of general incompetence, was the seven-year, $30M contract awarded to 28-year-old Justin Abdelkader. If the name doesn’t seem familiar, reading it here, he’s the one you thought they were calling “Applicator” the last time you watched a Red Wings game. Abdelkader’s career high in points is 44, so when you can lock that guy up at four million a year until he’s 36, you do it. As the Senators begin to emerge from underneath their own ill-advised contracts with guys old enough to be Quaid brothers, it’s good to know their rivals are picking up the slack.

PREDICTION: Monday’s game is Polish Heritage Night at the Canadian Tire Centre; the Senators have only ever had one Polish-born player, that being their first goaltender, All-Star Peter Sidorkiewicz. You may recognize him as the handsome fellow that’s been leading off the Hater’s Guide for the last few weeks. Look for the Senators to handle the Red Wings easily, and for the CTC scoreboard to honor Sidorkiewicz during a first period TV timeout as he sits in a box drinking champagne he had to bring himself. Senators 5, Red Wings 0.

The Red Wings are Bad; the Blue Jackets are somewhere worse than Bad, somewhere down in that strata below Bad that’s typically reserved for Kevin Smith movies. The Blue Jackets are so bad they just hired professional screamer John Tortorella, like the NHL is the Steve Wilkos Show and the Blue Jackets are a weed-dealing 15-year-old who needs to be scared straight. Tortorella is the kind of super-chill guy who’ll march a flaccid six-inch meatball sub back to a kid making $9 an hour at Subway, bellowing without a trace of irony, “I don’t know how you have the TEMERITY to call yourself an “artist”. Thomas Kinkade was an artist. THIS is an EMBARRASSMENT.” And the kid will have no choice but to stare ahead blankly, much as Nick Foligno is probably doing right now.

Tortorella has actually overseen a pretty reasonable dead-cat bounce from the Jackets, who are 6-5 under their new coach after starting the season 0-7. Sadly, their recent wins have come without veteran forward David Clarkson, who suffered a back injury two weeks ago and has been placed on injured reserve. Clarkson, you’ll recall, was the Leafs’ prized seven-year, $37M free-agent signing who played so badly that they were pleased to trade him to Columbus for a guy with a degenerative back condition who will likely never play again. The rest of the NHL was stunned by the deal, in the sense that Clarkson was like a fine bottle of gin, if that gin was being sold at a gas station and the word “gin” was in quotation marks; it turns out this isn’t even illegal, because nobody thought anyone would actually buy it. Get well soon, David Clarkson.

PREDICTION: It’s always nice to see an ex-Senator come home having gone on to bigger things; look for Nick Foligno, now the leader of the Blue Jackets, to feel nostalgic for his time in Ottawa by drawing several goaltender interference penalties. The Foligno-Methot trade is one of those rare one-for-one swaps both teams can feel good about, in that Nick Foligno is a dependable captain, and Marc Methot is the ocean. Senators 5, Blue Jackets 0.

Finally, the Flyers, those sleazebags in fluorescent orange who have been cheap-shotting dudes since the 1970s, much like your Uncle Vernon who works construction and likes Wild Turkey. We all expected the Flyers to be Bad and they have obliged us by being exactly that, although a quick perusal of their roster gives us every indication as to why. They collect Schenn brothers like Pokemon. Their second-line center is Sean Couturier, or as he’s referred to these days, “the extremely poor man’s Mika Zibanejad”. They signed Vincent Lecavalier to a long-term deal during a year that started with “2”. And I haven’t even mentioned Andy McDonald yet.

There was some speculation in recent years that Bobby Ryan, a native of Cherry Hill, New Jersey (also known as “Philadelphia’s Aylmer”) was itching to sign with his hometown Flyers, presuming this was a universe where Bobby Ryan would turn down $49M from the Senators a year before anyone else was eligible to offer it to him. I never understood this argument, particuarly since I don’t remember anyone saying the same thing about Flyers captain/good Orleans boy Claude Giroux and his hometown Senators. You don’t need to play in your hometown, you know. You can always go back during the off-season, keep a pied-à-terre, help out some buddies, get arrested. The world is not that big a place; we have the Internet now.

PREDICTION: Nem Floyers suck, yeh? Must be somethin in the wooder down yere. Senators 5, Flyers 0.

Next week: The Mountain time zone – the continent’s most pointless time zone.