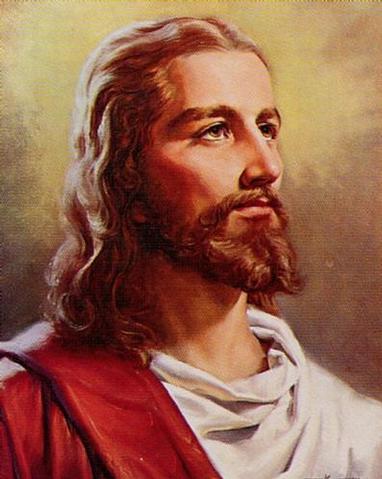 Praise be his name, for he said, “Simplify thy game and get thee to the point. Kovalev, get thy slothfulness from mine eyes, for I name you Beast.”

Sens I would trade for future considerations

Kovalev seems to be settling in nicely as our $5,000,000 fourth liner. I fully expect to one day look up at the television to see him weaving a straw hat on the bench. I can’t wait to trade this guy at the deadline for a 4th round pick.

Leclaire gets injured on the hockey save equivalent of opening the sippy hole on a coffee cup. Too bad; he was playing well and if he’s gone for any significant length of time his career is effectively over. Who’s going to take a chance on this guy in the future? Maybe he gets backup work in the Eliteserien. Oh well, maybe this speeds up the process of Ottawa trading for Thomas Vokoun.

What the hell is wrong with Karlsson? I don’t know how many times I saw him bobble the puck on the blueline to give up an odd-man rush. Seems to be playing with absolutely no confidence out there, and for a player like Karlsson (who can’t just take the body) confidence is everything. We seriously need this guy while Kuba is out. Also: a line of both Karlsson and Lee is terrifying. That’s the least assertive defensive pairing this team has got, and they were skated around out like pylons on an obstacle course.

This sort of game is probably what Murray had in mind when he signed Mike Fisher to that deal which, at times, looks a bit heavy. That’s leading by example.

Chris Neil is a unique player. (Yeah, I actually just typed that.) A tough guy / energy guy / agitator who can actually play responsibly and chip in offensively. Clouston put him up on the second line tonight and he didn’t look out of place. It doesn’t translate into points, of course. But his overall game is why this guy gets $2M instead of league minimum.

Clouston is a charitable man. Through two periods Kovalev and Karlsson looked absolutely awful. But after the team were up by 2 and Ruutu got thwacked in the face to draw a four minute high sticking penalty, who did we see out there on the powerplay? Kovalev and Karlsson. The latter of which promptly gave up a breakaway that Elliott saved, thank god. But at least Clouston understands that if we get these two guys rolling then he’ll really be onto something.

Sens I would trade for future considerations

I loved Pierre McGuire’s little boigraphical breakdown of the lovely Siberian city of Omsk. It’s six hours by plane east of Moscow! Why did he mention it apart from profiling Anton Babchuck? It’s Kovalev’s next destination. Can we deal him for the shitty Kostitsyn brother?

Wow, Karlsson looks absolutely lost. Dean Brown was doing the radio play-by-play last night and he was talking about Karlsson as if he was his older brother that got killed in Vietnam or something. The mystique lives on, unfortunately the player still laces ’em up. Deano, stay out of Erik’s closet, that Yankee hat won’t fit you.

Mike Fisher was absoultely bad-ass last night. He’s setting a good example for the keep-it-simple philosophy. This team is seeking an identity and it would be wise to get pucks deep, cycle and put pucks on the net. Not fancy. Though Michalek’s goal was pretty sweet.

Speaking of the cycle game, remember last couple of years when the sens would roll four lines and just cycle the hell out of the puck? Can’t recall too much of that in first few games this season.

What is up with the first pass of a won faceoff on the powerplay being to the half boards? It’s just begging to be crowded and puts the reciever in a tough spot. Lot’s of traffic. What happened to that play where the won draw went from point to point and a back-door play was set up?

Please to be adding to Kovalev’s sitting on the bench with a straw hat that his hockey stick is a fishing pole. Can someone out there doctor such a thing up? [Ed’s note: first person to do so gets a free copy of something we buy specifically for you. Possibly an album by Live.]

Like I said, my mantra this year with Kovalev is that I will stop constantly thinking about how he makes FIVE MILLION DOLLAREEDOOS…per…YEAR. Oops…I started thinking about it again.

No, for realiously, that “I will turn toward the boards and Russian chess master the puck away from 3 people” thing that is his borsht and butter? I don’t think that works so well anymore. Which is awesome because that and shootouts are the only two things that Kovalev does…well, on the ice, that is. He’s getting REALLY good at fishing and likes 3D puzzles! I’m all for bro “drawing attention” and “opening up space” but I am also in favor of “possessing the puck.” So bitchy right now!

Parts of Sens I would trade for future considerations

-Pascal LeClaire’s lower body. I tuned in to last night’s game to him being helped off the ice. Two minutes in. Alright, I feel bad for Bryan Murray at this point. The guy’s frigging tried to get the goalie thing together. I mean…he took a gamble. It’s easy for us to say “never bet on black cats walking over a broken mirror under a ladder on Friday the thirteenth” but no one could have predicted the bullshit run this guy has had.

– Conrad just a note, homie got his lower right leg -SORRY LOWER BODY…LOWER BODY…apologies….apologies…all around- run over pretty aggressively twice. I know LeClaire is a Faberge Egg but it still looked pretty painful. So, yeah Bri-bri stopped most of the I think 21 shots he faced…now we are faced with him being our Starting Goalie for…the foreseeable future. Who’ll be backing him up? Mikey B? Robbie Lehnzo? …Bumble Barry Burst?

-Peter, I caught that amazing Pierre McGuire thing about how Omsk, current home of Jagr, is a SIX HOUR plane ride East from Moscow. Said McGuire, “now THAT’S a road game” Oh yeah totes P McG! Imagine an NHLer having to endure that. That would be like flying from Ottawa TO VANCOUUUUVER. *sad, sad Klezmer violin music starts playing* And now a moment of silence in hopes those poor, poor (rich) players remember to pack extra batteries for their PSPs. Seriously, you take a dump and watch a movie and you’re there.

So I was diving around listening to local sports radio during the recent break between games *pauses for shaming* and Fisher was on basically apologizing for the weak start and I thought if you add “Lord, please forgive us for…” to the beginning of a lot of his sentences he would sound like he’s in holy confession. Well, the power of Christ compels him. Fisher was beastly last night. His feistiness sparked some of the other forwards. Big ups to Alfie still taking the body in the corners at age 68! Fisher was great. Something like 7 shots on the night. 4 less than the whole team had in the first period against Buffalo.

– You guys, Im worried about our goaltending situation again.

– Everyone is hating on Karlsson pretty hard right now but when he got caught pinching in too deep it was pretty badass that he could catch up to Chad LeRose on a breakaway and swat the puck away from him without drawing a penalty. If he figures out how to prevent doing this before he gets too old to do it we’re gold (ps. Shit like that also happened last year).

– I want to keep that Foligno/Fisher/Neil line together. I have already named it the Christ Punchers line.

– Remember how Filip Kuba is on this team? I wonder what his deal is right now.