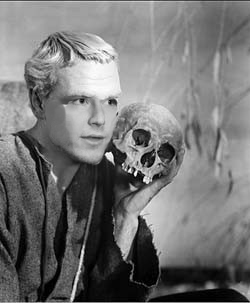 Busy day at the CCFR, Conrad’s off eating dim sum in the shower of a Mississauga Super 8. James is scrubbing his resume  for all references to Snoopy and Peter is searching frantically for recaps of the VAN-OTT game that haven’t been edited for seniors.

From: James To: Conrad, Peter

Peter Regin.
Something is rockin in Denmark. Hold on readers…phone call…I gotta take this. Uh huh…uh huh…uh…OH…okay…bye. Sorry, Ive just been fired. They said I can finish this recap before cleaning out my desk. So yeah, Regin gets his first burgundy loaf of the year in what you could call a losing effort. I think Regin might have be one point away from joining my prestigious Players Who Currently Have More Points Than Ilya Kovalchuk Klub. Speaking of which…

Keep doing what your doing white boy…keep doin what youre doing.

Sens I whose faces I would write all over with a magic marker when they pass out at a party.

Pascal Leclaire
I guess Bri-Bri Destiny Elliot is a bit bruised up now that I think on it so I suppose Leclaire had to start. (I think its smart that I  type out coming to realizations instead of using the backspace button to erase them …well…”there’s no time, THERE’S NEVER ANY TIME” –Jessica Myrtle Spanno, Not a real person 1979-1995). Anyway, sucks that Snoopy’s first game back was a total drubbingon home ice. No 3-4 (SO) or 4-2 loss for this guy…Snoopy don’t play that …gotta let in six.

You know what really grinds my gears? Conrad, I’m sorry you have to hear me go off on this again but don’t worry I got fired earlier in the post so…last time(ish) I swear. Anyway, you know what really grinds my gears? How Pascal Leclaire carries himself. I heard when he got signed that he has an uncanny ability to not to bring a bad game home with him. Like the majestic beaver he perplexingly resembles, a bad loss is like water off his back. I thought that sounded like a great quality but in practice I realize I cannot STAND this. In his post game interview, Pascal described the game as having some ‘ups and downs’ and you know, how it was not bad for a first game back. Look, I’m not asking for playoff exit Luongo tears but put the bong down and be a bit pissed. Actually, Pascal, it was kind of a terrible first game back. Ups and downs? Im guessing that downs included letting in 2 goals in 30 seconds was a down? A real up was the delicious Gatorade you drank between goals?
I know I’m being a little harsh on the guy but frankly, I knew he wasn’t going to win this game and I was cool with that but like…6 goals and kind of coming off after like it was a throwaway line from Alanis Morrisettes song “You Learn” really shows the fire in this guys belly in a potential NHL career ending…I mean …contract year.

From: Peter To: James, Conrad

Preamble: Thursday nights I cram myself into my rotten jock and pack my highschool gym for 2 hours of pickup hoops. Aside from a shared love of basketball my cohorts all seem to be expert gamblers (no proline, only online offshore accounts and local bookies.) They’ve never wagered a cent on hockey.
The points here: one, I’d rather risk a twisted ankle, exploded knee or mistaken case of aggressive loan sharking than watch the sens give up early goals and get run out of their own rink. Two, when degenrate gamblers won’t touch your sport you know you have problems.
Sens I would dog-sit for:
I dunno, when they lose they seem to lose with a unity that would make Lee Marvin and Charles Bronson proud. I’m sure there were high points, but the recaps and photo essays seem to gloss over any play worth praising.
Summon ther dogs who shoot bees from their mouths and when they bark bees come out:
Matt Freaking Carkner, by all accounts his decision to go Don Flamenco on Rick Rypien in the second period changed the momentum of a game Ottawa was still capable of winning (it seemed to spark the canuckleheads). Loyal blog readers and FBI profilers know very well about my bitter for him. Do we really need a defenceman who plays an inexplicable 18 mpg fighting? Can’t we get a fourth liner to do the dirty work?
Clouston, I appreciate this blog’s title and that there are no sacred cows, but it appears to me this team seems to crave a little consistency. How else do you explain basically two games in one? If you have to remind your team that hockey games are 60 minutes then maybe some of your other messages aren’t getting through? He’s a good coach that doesn’t seem to trust his decision making.
Foligno: Good lord what happened? His Ice time is way down, he’s bouncing between linemmates. No idea what’s going on here.
Randomness
Ottawa’s fourth line shall be hereby be known as the Oscars line. As in: “seat fillers at the…” Pascale Leclaire is pretty much done, anything he gives you from here forward is a bonus.
In other news, an old man yelled at a cloud