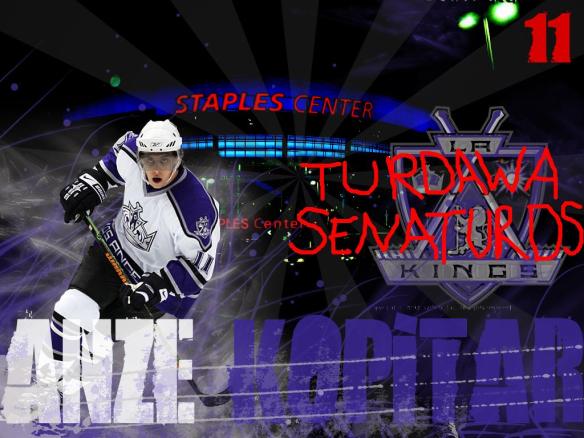 Brian Lee on waivers! This team is now willing to give him away for nothing! This team can’t even get a 7th round pick for a former 9th overall! I don’t understand hockey!

makes me wonder if its like a saving face thing for GMs like “tis better to set this pencil neck free than to be done the insult of trading him for a goalie that was picked 298th overall” oh whats that? Brian Elliot was picked 298th over all? well at least its not dark and raining outside…oh… i gotta go boys ! laaaaater

I think it’s just Melnyk saying “Look, we all know that I’m worth so much money that there are, by necessity, several expensive things belonging to me of which I know next to nothing, and can certainly not be expected to personally maximize the effectiveness of every last one of my dollars, but surely you can’t expect even me not to notice that we’re paying this guy $875,000 a year to NOT play? Not even on our minor league team? Scratched for 18 straight games? Either use him or don’t.”

First things first, a HUGE congratulations to area man and friend of the CCFR Dan F for winning the 50/50 Silverlining on what was such a terrible, terrible game draw. It could not have happened to a nicer more deserving guy! Not only will Dan be getting back all the money he did not receive entertainment value for at Monday night’s game, but will also receive THOUSANDS UPON THOUSANDS OF ADDITIONAL CANADIAN DOLLARS!

Speaking of giving away thousands of dollars, as you have all heard Brian Lee has been placed on waivers joining the proud legions of players to be bought out or waived in the past couple of years, a feisty young squad known as Ray-Ray’s Kidz after founder Ray Emery and led by current captain Jonathan Cheechoo.

Okay so, something, something pterodactyl … Dany Heat-thing is coming back. I hope Cheechoo, Michalek and that second round pick score like…a friggiiiin hundredy goals on Heatley!

I don’t know it should be interesting to hear all the boos rain down…but I’m almost getting to where I just want to see the Sens win in general more than anything. I was busted up as anyone when dude left. Sure he was slow as hell and soft as a thing that is soft but I miss them 6-2 wins man. . . I want the Sens to be good more than I want Heatley to suck at this point because the Sens are sucking right now and it is a constant drain. All that said I really really hope the Sens show up for this one (and all the others after it). Imagine the noise in the building if Neal gets the chance to just lay Heater out with a huge hit…frig I just found another reason to miss Volchenkov?

What do you make of all this talk that OTT and PHX having paperwork filed for a trade? I find I would probably be most happy if they left things and gave Hale the year, if he fucks up…try another dude on a two way? Hale can obviously play a solid quiet shutdown game at the NHL level probably makes $22.60 per hour…then make some big ass moves in the off season. I think at this point I want dudes to sign deals. The team keeps getting burned with trade deadline acquisition guys. I would have loved to have kept Stillman or Cullen a little longer. Finally, I really think Foligno still has a good deal of upside going forward. Like you were saying, maybe not like a 30+ goal guy or whatever but I don’t know what we’d get in a trade for him that would be better. I really think he is just a 22 year who was going through a pretty bad slump. I suppose we could stand to have fewer streaky guys on the team. Sometimes I wonder if being a Sens fan makes you think it is an incredible accomplishment for a player to score 20 goals while for others its more a measuring stick of being sent to the farm team haha I’m sure it is in the west anyway,

Where did you read the Phoenix thing? I’d be interested in reading more about that. Maybe we can trade for Dave Tippet. (Ba-dum-dum-ching!) I wonder who Phoenix is interested in trading or, more interestingly, who they’re interested in taking on. They’re obviously a team with low cash flow, so I can see them being interested in a Foligno type – cheap, lots of potential and upside, good work ethic, and not expected to score many goals (especially in Phoenix, where people still marvel at how ice works). If he played solid hockey, gave it all every night and put up 10 goals in Phoenix I think they’d be happy. Where in Ottawa if he doesn’t put up 20 the media will tell him he’s a failure. Anyway, it’s not going to be anyone expensive, that’s for sure. I heard Ottawa was high on Muller, but he was traded to Colorado last year so I don’t know who we’d go after. Knowing Murray it will be a defenceman. God, not Aucoin.

I wonder what happens with Phillips? He’s having a bad year, is in the last year of his contract, and could be highly sought after, especially if the Sens are out of the playoffs at deadline time.

Search Travis Yost Ottawa Phoenix in google. I think his first name is Travis he claims a good source (not Ecklund) reports this rumour “ITS NOT A RUUUUUUUUUMOUR” – Arnold Schwartzenbaconandegger