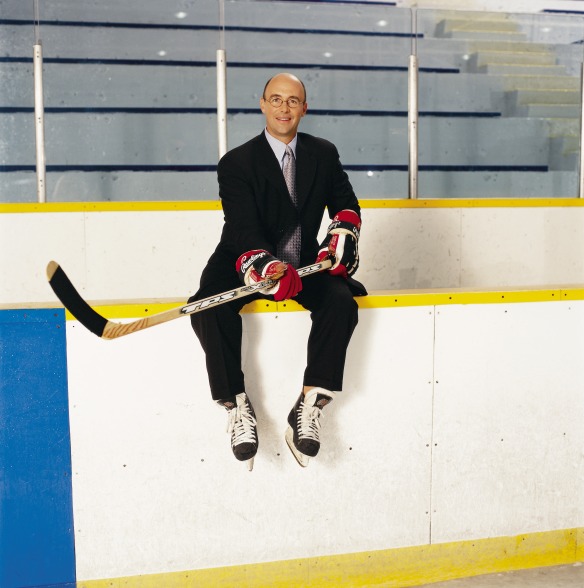 Are you guys turtley enough for THIS news?

I gotta say, I’m as tentative as anyone about this, but if I search my heart of hearts (my penis), I find a few immutable facts:

1) I have no idea what the skillset is for a GM other than, like, don’t be Glen Sather. I know that Holland in Detroit is good. He drafts good players late, and signs them to reasonable deals, and builds from within. I know that Sather is bad. He signs anyone and everyone to ludicrous deals and his team will never compete as long as he is in charge. That’s about it. Everyone in between is in a constant state of redefinition. Gainey looked batshit insane last year, and then, whoop, we dined on o-lay chants all playoffs long. Is Garth Snow terrible, or a genius, or a terrible genius? How about Dudley in Atlanta? So I have no idea how to rate McGuire. He knows his players. That seems like a good place to start.

2) Which brings me to the (perceived) negatives. The only bad thing anyone has to say about him seems to be that he’s annoying and that his opinions are sometimes wrong, which are both tied to the fact that he’s hired to be an over-the-top broadcaster on a sports network who offers up opinion constantly. This is very different than being asked to actually shepard transactions towards completion. I’m not worried about any of his behavior on TSN being indicative of the way he will manage resources.

3) Who the hell else are we possibly going to get? Tim Murray? Some former player agent or lawyer who we’ve never heard of? And, more importantly, will it matter if the new GM isn’t empowered to make the big decision – R-R-R-R-R-Rebuild – if Melnyk wants nothing more than to contend? If that’s the case, then throw anyone in there to sign a big UFA every off season and trade a 2nd round pick at the deadline for a rental. I can do that.

I’m skeptical, though I’m also tired, and if one more cheery HR person wishes me a happy new year I’m going Maury on everyone (where you drop a revealing nugget of truth after returning from a commercial break)

Pro: Pierre McGuire could be spotted in and around the Ottawa area with more frequency which would enhance our chances of a spontaneous stoning.
Con: Pierre McGuire no longer takes wayward sticks to the face in his little crow’s nest between the benches.

Pro: The potential for locker room pranks featuring the diminutive GM will be stuff of legend.
Con: The expenditures spent on McGuire to Swedish translators will possibly bankrupt this team.

To be serious for a moment, this rumor carries little weight with me because look at what happened in Calgary. McGuire wasn’t plugged into the situation otherwise he would have been mentioned waaaaay earlier to hop into Sutter’s throne. His agent or representative or golum or whatever dark spirit he commands is late out of the gate on the recent GM turmoil and is aggressivly hucking to place his client as candidate one for any openings.

McGuire can’t broadcast his candidacy because that’s against the code. Plus if he went on TV actively campagining for someone else’s job no GM would even look at him in the winter meetings (they would however rub his head for luck) So he needs his agent work doubly hard. Trust me, crazier rumors will surface and refuse to go away with a greater intensity once the axe falls. If it does.

A Tale of Two Turtle Men

It was the whatevs of times, it was the turt’lest of times….
My off-the-bat thinking (“?” – Me, 1942-2011) is that this is a very interesting prospect because I believe there are two P McGs.

P McG the first: The one people are most familiar with. Prime time broadcast Pierre. We need little introduction to the over the tizzy, dolphin smooth headed, jarringly enthused NHL commentator who induces TV mutings and sidles up to players/Darren Dreger like a body pillow during interviews.

This guy comes off as irritating and reminds me of how I would do that type of job when I was a twelve year old back in the year of our Lord, 1954. For the record…I liked big hits, saves and goals and the new serialized Fitzgerald in Colliers Magazine back in those times. I am terrified of 12 year old me running a pro hockey team.

PMcG the second: Mornings on Team Barfhundred Pierre. The more calm, thoughtful guy who can tell you how many ladies Mike Cammelerri was carnal with in his second semester at Michigan State or what third line centre for Jokerit you should pick up to bolster your Finnish Elite League pool. I like this Pierre to be perfectly honest. Maybe its because he is conversating with some of the lowest quality radio hosts possible, ultimately making him look good, but at the end of the day he’s a complete geek and I think that’s an asset. I hope this Pierre is the real one because his hockey knowledge and ideas are pretty grounded and impressive. He also couldn’t be any more obsessed with hockey and I think he is super hungry for another shot in the bigs. Came close in Minnesota and maybe Ottawa is the team to give him a shot. All that said, some thoughts:

1) If there is one thing people like about the current Murray administration, it’s the keen drafting. If there is one thing Pierre is almost undeniably, dare I say, an expert in …it’s junior hockey programs and prospects. He was even a scout/asst coach for the 90’s cup winning Penguins team. IIIIIII don’t know if you guys ever noticed but he has a cup ring on his finger. Where is it? Oh, you must have missed it…it’s on the hand that is ALWAYS holding a microphone or generally is always finding its way on camera. Subtle. Who knows what the extent of his contribution was to that team but it had to be some. Scouting: “See that guy Jagr? …yeh, pick Jagr” or Coaching: “Pass to Lemieux”. That was an insane team for what it’s worth and they won two cups. At any rate his second to none knowledge of the junior world / FA world is an asset moving forward.

2) He was head coach of the Hartfort Whalers….and that team was terrrrrrrrrrrrrrrrible. He was fired I think within the same season he was hired and his record there was brutal.

3) He worked for our beloved Sens …and … being born anywhere near here / having ANY connection to the city seems to make you a shoo-in to be part of the organization.

4) To me he seems to be a very new-school mind. I am confident he would run a club in a 2011 manner. Going back to what Conrad said, yeah, it’s likely he would do a better job than Sutter, Milbury, Sather…he also has not been a fan of Murray’s trading away of assets at the deadline for transient free agents – which puts, I think, all of us in line with his thinking at least in this respect. Not that Murray is so super old school…he gets it – but bro is almost 70…He’s gunna hang up his glasses and cup of Tim Horton’s tea soon so …clock’s tickin.

5) Since not getting the GM job in Minnesota he has many times on the radio revealed what his pitch was for the job, and though he didn’t get it in the end I was impressed with his plan. Which is more than I can say about Murray the last couple of years.

6) His repuatation preceeds him…or does it? Again the tale of two turtles. Which Pierre is he more akin to, how he is in real life, or more importantly how he does business, and is that personality an asset or a liability? This seems to be one of the biggest issues surrounding him. It’s clear his commitment is fully there. He couldn’t be any more obsessed with hockey. He’s on NBC for the winter classic one day, TSN for the world Juniors the next, then on the radio in the morning to discuss pretty competently the stuggles of the Sens and answer questions about whatever else. He puts in that work and I cannot deny him that. BUT does this result in players wanting to play for him necessarily? I don’t know if players want to play for any GM…well minus the short lived Brett “Party Time, Excellent!” Hull as GM. A lot of people think he is irritating. I don’t know if this is uncommon amoung GMs. Whether it was Sutter/Gainey/Other coming off like grim death in interviews, Brian Burke selling me apartment insurance, Brett Hull talking about how “The Dallas stars shit [is gunna be] fuckin’ far out and shit, man!” or Bryan Murray not being able to keep ANYTHING on the down low…seriously that guy tips more hands than me at the Friars Club…*rim shot/deserved garbage pelting*

Though a wet-behind-the-ears rumour at this point, Is Pierre Turtley enough for our Turtle Club? And if Clouston gets fired …what the hell do we do with this domain name?