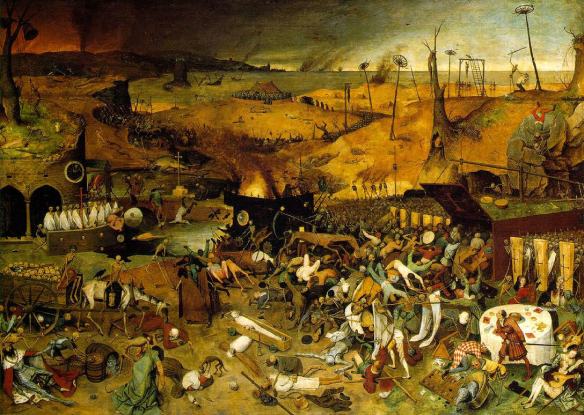 It’s Friday, which means work isn’t going to get much out of me today. What, I work in health care, it’s not important.

So what should we talk about? How about Ottawa’s defense? Are you a fan of going out and signing, say, a Chris Campoli on the cheap, or are you excited to see what these young Binghamton Boys can do?

I looked at the UFAs, and there aren’t really any I’m interested in beyond Campoli, who is still young and we know can play 15 minutes a night. The problem is that with Cowen out we don’t really need depth, we need a top pairing guy, and there isn’t really one of those available. Also remember that Ottawa traded it’s second round pick this year for Ben Bishop, which means that if we’re getting into trading for a defenseman it will be the kind you can get with a later pick (meaning probably not as good as Campoli) or the kind you have to give up a first rounder or a prospect for, which isn’t preferable. This team shouldn’t really be in a “going for it” mentality, but should be patient.

I’ve written on the blog about how if there’s a season where Ottawa sort of stinks it up, I don’t mind it being this one considering it’s shortened and next year’s draft is deep. Maybe it also puts Ottawa in a selling mood and we get some picks for expiring contracts like Gonchar, Regin, maybe Latendresse if he has a decent season. I won’t say Alfie because I know how people will react…but Alfie so he can win a goddamned cup already. I’m not saying let’s go out and tank on purpose, just that if the capricious gods are going to be total dicks, then this is the year I’d like to cash that in. In which case, I’m all for giving the youngins some development time in the NHL. They’re tearing up the A, some of them already have a championship in that league; I think it would be valuable to give them some NHL time against the big boys, let them get acclimatized while expectations are lower.

Another thing we could talk about: holy bejeezus take a look at next season’s UFAs. I’m so excited for this. No longer do we have crazy 15 year deals being handed out – every team with the cap space can basically offer the same “league max” deal of 7 years and the maximum salary, and it’s up to the players to go where they want. They can’t all live in New York, which means they start looking at who is up and coming, and that’s us. I scrolled about halfway down the page and was still finding guys that I would love to see on our team. If Alfie retires, Ottawa isn’t going to have any trouble finding a high-end forward to take his place (though no one can take his place).

I agree that outside an offer sheet for PK Subban or Michael Del Zotto *uses Canadarm to make appropriate sized hand wanking motion* there’s no one available out there who’d really make the D corps drastically better. An offer sheet seems totally out of the question for the sole reason of what are you realistically going to offer Subban or Del Zotto that MTL or NY wont match? These guys aren’t Shea Weber go-all-in guys. You’d basically just waste time helping another team write the contract for them. I’ve checked that list of UFA’s twice now (RESEARCH). I suppose I wouldn’t think it was a grievous error to toss your Foster or Campoli type guy a 1-year contract bone as, hey, they can play some NHL minutes but Ottawa’s admittedly weak and Cowen-less D keeps bringing me back to one question: Are we rebuilding or are we rebuilding?

This Mike Lundin injury is not like Cowen’s: a broken finger is a few weeks out I’d estimate. He’ll be back in a month probably. I’m not saying he’s the saviour by any means but he’s a signed NHL player is he not? I for one am in favour of giving Borowiecki and Wiercioch a try. Gamble? Definitely. Who the hell is going to flat out guarantee that two guys who’ve played 10 NHL games (which is more than a fifth of the season this year!) wont look out of place? But to me they aren’t the craziest options either. Wiercioch is in his 3rd year in Bingo and playing great. Borowiecki, or Bonerweicki if you hear Tim Murray talk about him, is also in his 3rd campaign. He was also an AHL all star last year which is quite an accomplishment when you’re a shut down D man. Paul MacLean said something that mirrors my thinking the other day, that yes, they are inexperienced but everyone has to start their NHL career at some point. Amen Pappy. Given the circumstances, I’ve been looking at it like, “Yeah, the Sens D is a little fucked this year.” It will be interesting to see this play out given that the topic du jour is that Ottawa’s goaltending is the team’s biggest strength. Tenders will be put to the test especially if there’s two Binghamton boys in the mix. If you’ve been following the BSens you know that they have been outshot nearly every game…even when they win.

One plausible and interesting trade idea that Silver Sevens’ Peter Raaymakers (WHO I MET A GUY WHO MET HIM ONCE) brought up with me via an autograph he was faxing me was potentially trading Sergei Gonchar to Evegeniburgh Malkguins for the Right Honourable Paul Martin. Martin’s game would probably be more useful to the Sens this year then Gonchar’s but do the two years he has left on his contract muck up the rebuild once Cowen does come back? Since no one out there improves the D short term I say take the loss and try out some Baby Sens.

I’ve already gone on the record (IMPORTANT) in saying that I don’t think this is a playoff team this year. I’m not going to pretend I know jack shit about this years draft being deep or shallow but a high pick is a high pick and is always a bonus in a rough year in the standings. I expect this team to still be a high scoring team with a porous defence and improved goaltending with Bishop. Could go either way.

To address your point about the UFA list for this summer I think it looks pretty good. I don’t know if I’m quite as happy in the pants about it as you though I am for sure super hyped on Corey Perry being potentially available. The 2014 crop looks really scrumtralecent. According to Capgeek.tv the Senators will have $35, 580, 833 in cap space so my advice would continue being patient and offer Malkin $35, 580, 833* for seven years.

*It’s funny because that’s an actual yearly salary for a player in other sports, in fact this kind of payday WHICH IS PART OF A FUCKING JOKE BY THE WAY, would barely put him in the top 15 highest paid athletes. The more you knowish.