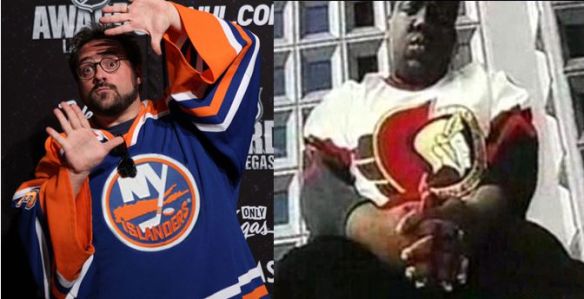 One of these people has a respectable body of work that stands up today…and QUIT WHILE HE WAS AHEAD…try to guess which.

Hello all you men and women out there who didn’t swan dive off of a bridge after the last game! Glad to still have you! Seriously, I’m worried, the mood on twitter was dark following that one.

Can we talk about that game? I think if Ottawa had taken it we would have celebrated it as one of the most entertaining games of the season and not some on ice death rattle. Is anyone else excited for the Olympics so we can actually cheer Jonathan Toews’ ability to but the contery on his back and take over a game? What we witnessed, I think, was an absolutely elite team that is on a level right now where they can kind of play like trash, get their goalie chased, have a snoot full of a smelling salts (or who knows what mineral!) and be all, “Oh shit, right, we’re down by two…time to score four more and take this thing” AND THAT’S WITH OTTAWA SCORING FIVE! Ugh, remember when Ottawa must have been this frustrating to play against? No? Well, I don’t blame you, it was a long time ago now. Let’s move forward to a comment made yesterday by the coach explaining his weird ass line combos which found Chris “in everyone’s good nay GREAT books lately” Neil on the top line:

Best chance toooooooooo? OH NOW I GET IT! TRICK OR TREEAAAAAAAAAAAAAAAAT! Good one coach! Great trick…amazing trick.
Okay, treat time: Players, please please please “get to the net” and “shoot to the puck” and “play a physical game” or whatever all the the things that MacLean is asking you to do are so we can go back to the lineup where it’s entertaining hockey to watch. Granted, even with the more logical line combinations the on ice product has been…inelegant as well.
I suppose that’s the greater point that Mac is trying to make, “If you can’t get it done that way, I’ma put your line combinations on top of the fridge where you can’t reach them until you can.”
I don’t even know what I want more, I’m watching a 3 game losing streak as much as any EMOTIONAL HUMAN BEING out there; do I want this Spezza – Neil – <Frozen Dinner> line to score on the first shift of the game or do I want it to be a disaster so the coach is forced to rest his case with this line shuffling psychedelia? Nah mean? We are each and every last one of us (I can’t back this up at all, btw) hoping for that one change Paul MacLean can implement to make this team good again but still…what is the price if Ottawa lights it up the next two games? Oh good, so we get Bobby Ryan this year and please welcome our new first line right winger, Chistobal Neil? Fuck. We’re only 12 games in but I’ll admit this line combo stuff has been a tough pill to swallow.  Curious to see what the Michalek – Smith – Zibanejad line can get going. I’m hoping it’s “win more draws” I mean really that line has two centres on it…Silver lining of course is that actual line of MacArthur – Turris – Ryan is reunited, which is nice.

FUNLEASH THE LEHNER!
How convenient that the day after Robin Lehner can most conceal his blood sacrifice ceremonies under the guise of “All Hallows Eve” that he gets the start. Let’s just drop what we’re doing (unless what you’re doing is operating on someone’s brain or reading this blog or both) so we can talk about Robin Lehner. How poorly has Ottawa played some nights? This guy has a .940 save percentage DESPITE HAVING ZERO WINS. Regardless of our feelings about Anderson’s game right now, Lehner was due for a start and I think if he gets even a modicum of support from the rest of the team he could get it done. Problem’s been that when Lehner’s gotten the start and been sharp the team surrenders 40-50 shots against or he struggles a bit like he did against Edmonton, they make Devin Dubnyk look like a guy who hasn’t been “developing” for almost a decade. Help the bro OUUUUUUUUUUUUUUUUUUUUT.
C:\bracket_and_semicolon_resembling_winky_face.exe
Unfortunately, Evegeni Nabokov gets the start for the Highliners. This isn’t unfortunate because of Nabokov being a particularly intimidating goalie. No, it’s because it deprives us yet again of a follow up to this glorious interaction between Lehner and Islanders backup Kevin Poulin. Sure Lehner took a penalty for it and the Sens were subsequently scored on during the ensuing New York power play eventually losing the game but, you know, celebrate the moments of our lives.
Also, note to Islanders: You’re playing the Ottawa Senators in 2013, it is customary to start your backup against them. Rude. 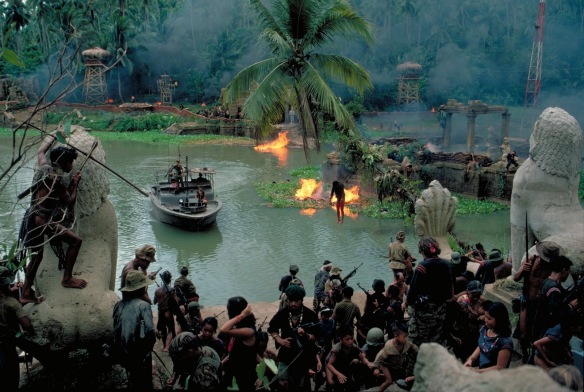 The scene from Robin Lehner’s compound as a messenger arrives across the River Styx to bring him a goblet of goat’s blood and a scroll with the news of his start.

This Is What Rebuilding Looks Like, Right? No Seriously I Can’t Tell If Either of These Teams Are Still Rebuilding…I Think They Are?….Although…Whatever:
I might have said this a couple of times already this season but: This team is beatable. No, not Ottawa, well, yes Ottawa BUT what I mean is also the Islanders. Sure the Islanders aren’t the picnic they once were but c’mon how long has this team been pretty fucking bad? A couple decades? Cool, you’re in 8th in the East with a losing record turning it around! Let’s take it down a notch for a month or two. Hey, don’t get me wrong I know where Ottawa is at right now. I straight up think, for the third game in a row, that the goaltender is going to have to steal the game to give Ottawa a chance. The Islanders are on the up and up and all but the Sharks they ain’t. As Conrad and I discussed in the 10th hour of the Scotchcast November is the big litmus test month for the Sens they are playing a bunch of home games against a lot of Eastern conference teams. Let’s get this party started and not sharted.