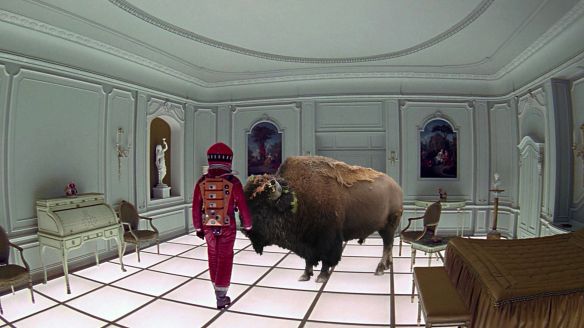 Remember when Ottawa rolled into the city of Florida to play the Panthers and everyone was all, “Youz guyz HAVE to beat a team this terrible,” and then the Sens were somewhat expectedly victorious? Good times? Great times. Well, I’ve got news for your respective crews, this team, the Buffalo Sabres, no seriously brace hard for this, IS ACTUALLY WORSE than the Panthers. Now get ready for this bit: They are worse by a good margin.
To put it in perspective, I spent a fair portion of yesterday’s game preview, that you understandably skimmed through most of, discussing the fact that by mid December Ottawa had only won a putrid 4 games on home ice. Well, a day later that total has now skyrocketed to 5.
You: That’s a nice little fact you have there James, why do you bring it up?
James: Well, I’m quite glad you asked that, you. I’m pointing this out because BUFFALO HAS WON ONLY 6 GAMES TOTAL THIS SEASON.
Like, damn, even the Oilers (who beat Ottawa on home ice btw) are laughing at that.
Following a roller coaster of emotions that was last night’s game, Ottawa rolls into Buffalo with pretty much as good an opportunity as they’re going to get to string together 2 straight wins; something they haven’t done in over a month.

You know how sometimes when you look up Buffalo’s roster and you’re just trying to not be a complete dick about your game preview but then you look at the plus/minus column and you’re just sitting there all, “How am I supposed to avoid being a complete and utter dick about this?” when you notice that they don’t have a single player who’s been with the team for over 10 games who has a plus rating? Don’t you hate when that happens? I know as well as anyone that plus/minus isn’t the most telling stat in hockey in terms of providing the most accurate picture of a player’s on ice performance but not one guy? I mean come ON you guys, fans are paying their hard earned money to watch you play…so…yeah…HEADLINE.
What was I talking about? Oh yeah, holy crap you’d think that David McConnor kid was available in this year’s draft with a tank job like this. And I say this as a fan of the team that performed the ultimate tank job with less than sexy results. Youch.
Outside of relatively decent seasons from Matt Moulson (who is currently just edging Mika Zibanejad out of the top spot for NHL eyebrow leader) and Cody Hodgson and a …I don’t know competent 12 points from Tyler Ennis things get uh-ga-lee after that especially in terms of goal scoring. Oh sure captain Steve Ott and Marcus Foligno have reached the offensive heights of penalty killer Erik Condra and shutdown defender Jared Cowen’s respective 3 goal output but after that? Well, I’ll just save time by saying they have either 2 goals, 1 goal or zero goals.
Perspective: Chris Neil has 4 goals.
Further perspective: A struggling Jason Spezza still has 27 points in 30 games.

Speaking of Spezz, in terms of Ottawa’s offense, I suppose the big news is they finally got a big monkey off their backs by taking a shootout. The only goal by the hand of the captain with an absolutely glorious move. Look I don’t know whether you’ve LACED “EM” UP or not (it doesn’t matter all are welcome here) but can any of us put together how you could commit to looking like you’re going to go backhand five hole all the way to the blue paint and THEN end up going far stick side AFTER that? Wow.

Interesting fact there, 15,000 of those views are all me.

Clarke MacArthur has also picked a pretty great time to heat up as well. And by “heat up” I simply mean score more points on top of being a pretty much perfect hockey player. On both of his two goals last night all I could think was, “Well, when you’re hot like that they just start going in for you.” Cool thought, me!
Bryan Murray I know you’re reading this and I want to say thanks for signing Clarke and Bobby (who had an unreal feed last night). Ah screw it, let the good times roll, have a look:

So…
I’m always tempted to make fun of Ryan Miller because he seems like a smarty pants doofus with seriously the BLERST hair who– see, it’s hard! Anyway, looking this guy up…all that stuff aside? This guy gets the lion’s share of starts on a team with 6 wins on the season, has faced the 4th most shots in the league and still has a save percentage of .917? All I can say to that is respect. He is all Buffalo has going for them heading into tonight. It’s well documented that Miller is a UFA after this season and he is truly earning his way onto a better team. Fun fact: Literally every other team is a better team.

Though Craig Anderson still can’t stop the opening 10 shots (my least favorite thing!) I can’t deny that he had a good game last night. Again, not great but good. Still letting them in early, still surrendering over 3 goals, still giving up leads at back breaking times, but he also saved the team’s skin a few times (especially late) and ended the game by going perfect in the shootout. I bring this up because maybe Andy will start turning it around from here and I will get the goaltending controversy I’ve been wishing all season for: Battle of the Good Goaltenders. Robin Lehner gets the start tonight and I’m glad to say, has a pretty solid act to follow. A poor performance tonight and his stock will no doubt drop with the team. Even though this game is against the Buffalo Sabres it’s a pretty big one for Lehnny because of last night.

This is starting to be like making fun of a horrific crime scene but…
Did you know that Christian Ehrhoff is supposed to be Buffalo’s version of Erik Karlsson? He is on pace for 6 fewer points than Erik Karlsson currently has.
I cannot think of anything else to say about the Sabre’s defense.

I don’t want to get too excited here but Cowen and Wiercioch have looked a bit better the last couple of games. Here’s to hoping a home and home with the league’s worst team can further boost their confidence.

Of note: To the ones of people who read these things (sorry about these things btw) Thursday I will be travelling to the Windy City of Angely Love, New York City for some undeserved R and R. As such there will be little to no James Day Preview until I make my glorious return. Thanks for all of your messages of encouragement to write less that have inspired me to go away for awhile!