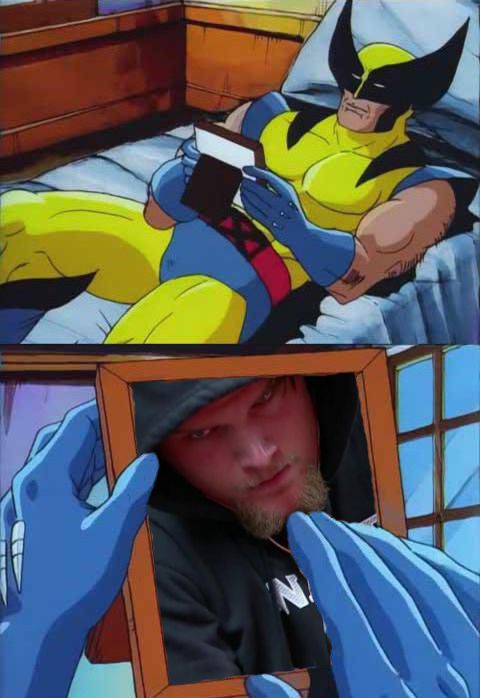 Hey, Ottawa has stopped playing like microwaved used garbage bags and pointed their ship toward the sunny shores of winning more games than losing! They are now a mere two games over .500 and you know what you Lucky Duckies? That’s, pathetically, enough to be in the post-season hunt in the Eastern conference! Only two points separates their 11th spot from Philadelphia’s 7th place. Which is nice.
Here’s the bad news, 1 point is the difference between 11th and 13th place. Eeep. It is awesome that Ottawa’s been winning but thanks to frankly a blown opportunity in December the Sens have to just keep going strong all the way up to the Olympic break.   Also, a lot of other teams have to do very poorly…which Ottawa can’t really control…which is….LET’S MOVE ON.

Fathers Lock Up Your Sacrificial Goats Robin Lehner is Starting Tonight!
Remember this guy? He’s back! Tonight will be his first game of 2014(!) and a lot’s changed since Lehner’s last start, which was a disappointing 5-0 blowout at the hands of the Bruins. As a result of that asskicking, Anderson got the nod for all 6 of Ottawa’s games since and won 5 of them and still managed to help get the team to overtime in his only loss.
Here’s an interesting thing: How bad was Anderson early on? He’s gone 6-0-1 in his last 7 starts with a 2.11 GAA and .932 save percentage which vastly improved his record to 15-9-5. Lehner has a losing record of 5-9-3 and STILL has a better goals against average AND save percentage on the year than Andy…by a pretty fair margin too! What am I trying to say? I guess that it’s been a rough ride for both goalies so far this year…also LEHNER IS GOOD! I think the greater challenge was on Anderson to turn his record around too. Some solid spot duty from Robin could see his record level out. The goaltender typically gets the most blame for a loss despite the fact there is only so much they can control in the game but of course they are also very often central pieces of a victory. There’s no doubt that there rests upon Lehner a lot of pressure to be a star tonight for the Sens.
Minnesota has a goaltender named Darcy Kuemper which is the funniest name since Matt Puempel. I have no idea if he’s starting tonight, THANKS FOR READING!

Milestone Night?
(Disclaimer: I am never going to get tired of making fun of Dany Heatley…no, not even years and years later).
With his HOTTT play of late Dany Heatley looks to jump ahead of offensive dynamo Zack Smith in goal scoring.
Sure the guy you’re supposed to compare Heatley to is Michalek (who still has more points than him despite being maybe the most disappointing player on the Ottawa roster this season) but wow, that production drop off is getting positively Cheechooian™ at this point. Still hasn’t hit the double digits in goals more than halfway through the season. This is a guy who’s worst season in Ottawa was 39 goals! Imagine that trade never happened? In a cash strapped situation like Ottawa’s in now it would be more depressing than that awful summer where he requested that trade and everything seemed to be going wrong for the Sens. If Heatley was still here and potentially neck and neck in scoring with a role player like Smith who makes less than $2MM? We’d be wishing he’d request a trade. Michalek’s been pretty lukewarm overall for Ottawa as a whole but we never had those 50 goal glory days with him so it doesn’t burn quite as bad if he doesn’t do that well. I think Heater’d be our Scott Gomez if he was still here. He scored the fugliest goal last time the Wild and Sens met. Let’s uhhh hope he doesn’t do that again…oh and if Zack Smith could score that would be amazing for this dumb scoring race I just made up.

Busted Stuff
Taking advantage of opportunities has not exactly been Ottawa’s strong suit so far this season but they REALLY need to capitalize on a depleted Minnesota roster. There are still some very good players in their lineup but missing from tonight’s game are Zach Parise, Mikko Koivu and Josh Harding.
Ottawa has a rare injury as Chris Neil remains day to day with a pulled hammy. I don’t hate Neil but bro can take his time coming back if only to extend Mark Stone’s call up. I’ve really enjoyed watching Stoner do his thing, he’s been a real spark. Goal aside, I don’t know what the kids been eating (I’ll put money on chicken parm) but his call up has been much stronger last year’s which is very encouraging for a few reasons perhaps the biggest being the DEARTH of scoring right wingers on the team aside from Bobby Ryan. Get well wheneverish, Chris Neil!
Speaking of Ryan, not at all unhappy with his game of late but you gotta feel pretty bad that his drop off in goal scoring has coincided almost perfectly with his US Olympic roster snub. Not saying those things are connected but if he doesn’t start scoring soon, out come the questions about it day after day until he can turn it around and no one wants that. Ryan’s due for a big game, let’s hope it’s tonight.

These are two hot teams looking to you know…not lose the game (NARRATIVE!). Even one point tonight would make for a very solid road trip. A win for Ottawa, however, would definitely mean a lot in terms of making a statement that things could really pick up for the latter half of the season. It starts with playing well in front of Lehner.

Enjoy the game and be sure to check out the latest episode of the the Scotchcast if you have yet to!
Song about my life: