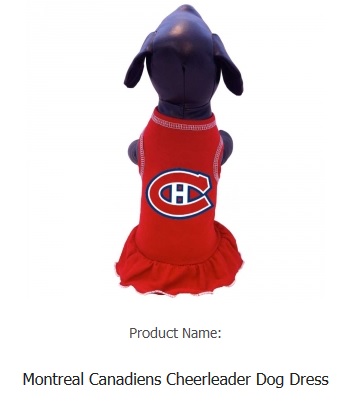 From failing hands, we sexualize this defenseless animal.

There are two ways the hater’s season ends: in celebration, arms raised high, cursing and mocking your bitter, petty rivals after your inevitable triumph; or staggering toward death, arms clutching the multitude of stab wounds inflicted by your bitter, petty rivals, still cursing and mocking them until your final breath. Like the end of Macbeth, maybe. But either way it ends, not on their terms, but on yours.

The Penguins are going to the playoffs, in part because they fired their coach in December after a few months of underwhelming performance and the new guy had no choice but to take the brakes off the team’s firewagon offense and trust that their skill would more than make up for their occasional mistakes. If this sounds familiar, it’s because the Senators did it first, last year, and as usual the Penguins are just a sour-faced bunch of no-account copycats. Good luck next year, Pens, when your coach starts feeling himself and telling everyone that Ben Lovejoy is his ideal defenseman.

Some say that Penguins captain Sidney Crosby – you know, the guy whose personality reasonably answers the question, “What if you could teach a piece of toast to play hockey? – is a dark horse MVP candidate, having led the league in points since the All-Star break to lift his team back into the playoff race. This gives him all of three points more on the season than Erik Karlsson, who may be in danger of losing a lesser positional award to a guy who looks like a bewildered Guy Fawkes mask. I guess what I’m saying is awards are obviously vitally important.

PREDICTION: Pittsburgh and Ottawa have settled their playoff fates, so look for players on both teams to target individual milestones; expect Mika Zibanejad and Mike Hoffman to score their 20th and 30th goals, respectively, for Erik Karlsson to assist on all of them, and for him to eventually refer to the 2015-16 season, Norris or not, as “The Season I Outscored Sidney Friggin Crosby”. Friggin, of course, is a type of dry Swedish rye toast, and great with herring. Look for Phil Kessel to show up with Arby’s sauce on his helmet. Senators 5, Penguins 0.

The Panthers are also going to the playoffs, as likely Atlantic Division champions, no less, with a zesty mix of Golden Girls–aged players and a scenery-chewing Kevin Spacey as their unofficial mascot. This sounds terrible on paper, and it is in real life as well. They will also probably get the Islanders in the first round, in a matchup that in the not-too-distant past would have been considered “insipid”. Also today.

It’s worth noting that the Panthers have only made the playoffs one other time in the last 15 years, so expect Panthers fans with little playoff experience to have a lot of questions when Game 1 rolls around, questions like, “Where is the rink?” and “How do I get there?” Bear with them, because this is how the good people of Sunrise, FL become hockey fans for the rest of their lives. Most of them are already over 65, though, so better get cracking on that Cup run, Cats.

PREDICTION: This is the last home game of the year for the Senators, and likely the last game in Ottawa for at least a few players/head coaches on the roster, so look for the Senators to come out strong. It’s also Fan Appreciation Night, which means you can expect giveaways, discounts, and a variety of other diversions that appeal to fans, including meet-and-greets with Daniel Alfredsson, scoreboard videos of Erik Karlsson with cute animals, and the ongoing Idea of Patrick Wiercioch. Senators 5, Panthers 0.

And last/least, there’s the Boston… Friggin (usually sold nearly the canned seafood in the deli section, BTW)… Bruins. These black-and-yellow dirtbags are in a dogfight with the nauseatingly orange Flyers and the tediously Red Wings for the last two spots in the east, so one of the three will be cleaning out their lockers after this weekend. We talked last week about the merits of eliminating either the Flyers or the Red Wings, but why not the Bruins? Remember how much fun it was last year, overtaking the Bruins in the season’s final two weeks and muscling them out of the Wild Card? Remember every game a bullied Senators team lost 7-2 to the Bruins over the years? Remember how bad DiCaprio’s accent was in The Departed? Boston, man.

Besides, Boston doesn’t really need the Bruins to make the playoffs right now. They have a Stanley Cup from a year that starts with a 2, so rather than thinking about hockey in June, Bostonians’ thoughts are already turning to summer activities, like complaining about the Red Sox, or projectile vomiting outside the OTB, or taking the sloop up to Kennebunkport, or whatever the hell it is people do in Boston. Your summer can start next week, Bruins fans. Just let go and let the Senators do what needs to be done, what you secretly hope they’ll do so that you can stop watching hockey, get out your Chieftains tapes, your switchblade, and your chowder mug, and start making some summer memories. Let’s step-dance, Boston.

PREDICTION: Sometimes a year doesn’t go the way you planned, and there are parts of it where you probably could have tried harder, and other parts that made you wonder why you ever thought things would work in the first place, but there are also a few things you’re proud of, and a few moments that people will hopefully remember, and that’s all you were ever really chasing in the first place. Thanks for reading. Senators 5, Bruins 0.