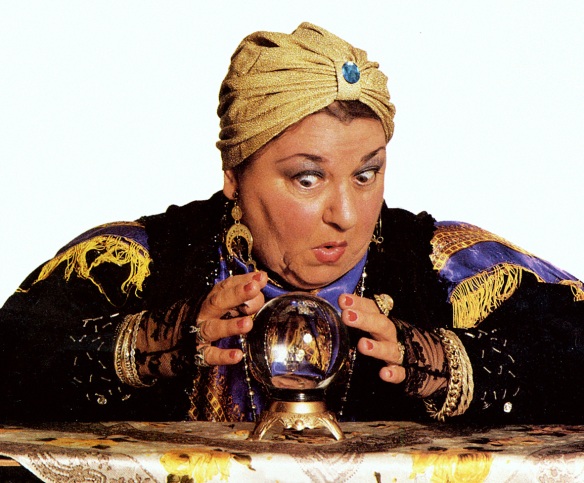 As we all know, season predications are to credibility as Nintendo cartridges are to unmarked white vans – you should never take the bait. For example: did you know that Anton Volchenkov, a $4M guy, was such a gifted defensive defenceman and shot blocker that his loss will result in the Senators tumbling from 5th in the conference last year to 10th this year? Yup, he was that good, at least according to The Hockey News, whose $10 Hockey Year Book I once again purchased because I was in an airport. They follow a time-honored formula: First you look at where the team finished last year. Then you see who was added or removed. Then you add or subtract a few places in the standings. That’s why everyone picked Phoenix to be in the playoffs this year even though everyone picked them to finish dead last in the league last year. One playoff berth and first-round exit will do that. Boston was a contender last year, and this year they’re a bubble team. Forget Buffalo, pegged to be contender because Miller won the Vezina, despite the fact that he was lights out the year before too, and they missed the playoffs.

All of which is to say that the following is ridiculous, and I know it.

Hows I calls it:

To Start I have precious little to say about a decent number of these teams…i just cant buy those preview magazines. I read the Sens page get angry and leave the store. – Without further ado….oh wait…before i start I just want to say – A plague on every team except Ottawa’s house.

1. Washington: Ovechkin with a chip on his shoulder, I thiiiiink Semin in a contract year along with so many frigging players that I wish were on Ottawa and streaky enough goal tending lead by Semyon Teamwillscore5goalsagameandbailoutthegoaliesroutinely will get it done. A lot. They will get further in the playoffs but not much. Explosive goal scoring, good puck movement on the back end, solid coaching and whatevs goaltending can get you first place…trust me I’m an Ottawa fan.

2. Boston – I think they will have a huge bounce back year with some nice new additions. A proven good team/ great coach they probably just had a shit year…Bounce back dependent largely on Rraasskk having what i imagine will have to be a steady season as starter and Julien starting Thomas against Ottawa all the time – though i think Alfie’s hat trick/ Thomas losing his job might have broken that hex.

3. New Jersey – Kovalchuk in the front almost every other player and Volchy in the back and stupid Broduer still wont retire. Not sure what motivation Kovalchuk has besides replacing the stairs in his floating castle with a system of waterslides, conveyor belts and trampolines but…I guess dudes who I thought would bolt to the KHL if their contract fell through really want to hoist the cup?

4. Pittsburgh – Im not actually all that sure about this…whatever…i fucking hate this team. i hope they come in worst place.

5. Ottawa – I am excited about hockey season. Again.

6. Philadelphia – Before last season Conrad said these guys would be pretty amazing I thought they would be shit. I would say regular season wise they were both. and so t’will be again.

7. Tampa Bay – *dodges garbage being pelted* Whatever…so they’re my dark horse? So many good players on this team…also, Stamkos all of a sudden? And Steve Downey is in the NHL…and just might end up being Stamkos’ Rob Brown? Although i think they just signed Roman Chechmanik to be both goalies. We’ll see.

8. Montreal – Sorry, just finishing up a love letter to PK Subban…I dont know though, a lack of Halak will give these guys the roughest ride to 8th…also if you spend five minutes thinking on how little Price has already shown that he can 1. not handle the pressure of MTL 2.not stop being surrounded by negative controversy 3. throw tantrums (combo of 1 and 2) these guys could potentially see themselves WAY down the list. I like to think a Jacques Martin coached team that isnt Florida can eek into the playoffs. Gauthier to trade Subban and Camalerri for Brian Lee and Ben Blood at the deadline for a playoff push.

9. Buffalo – A one trick pony thats lost some talent. A Michael Bubblé team for sure. I watched all the games they played against Ottawa and Miller seems like their whole frigging world out there. He dips and they are done…Compounded muchly by my prediction of a resurgent Boston.

10. Toronto – Truculence? More like Suckulence. An improved shitty team. Their (terrible) coach has lost the room but not his job. Kessel will have a good year and the pivot that Burke got for ..Kaber…le…..Oh. They will look much better but i think it’s a trip out of the basement while this team learns to gel under their dickhead coach…and dickhead captain.

11. New York Rangers – I dont know whatever…Lundquist is good…Gaborik didnt get hurt much last year and Jokinen is gone so thats a plus. Redden just got a job at S’barro to keep busy which is nice.

12. New York Islanders – Is it considered “dark horse lite” to finish a couple spots up from where youre expected? Theres some good talent here…if old man winter can hold the fort in goal and all the guys who arent Tavares, Oshie and Moulson can finally fjdsal;kfjasdf;lsdfjadf;sdklfj i expect fdkfjaergbkbjv from fajgraeogvsbtbsktrhkgovn

13. Atlanta – Im starting to get why Lambert is such a jerk when it comes to talking about all the teams.

14. Carolina – Saw these dudes playing last year with Manny Legace in net i was like “What is this a Toronto Planets Roller Hockey International game?” …he used to play for them. They lost the game badly. Eric Staal is a good hockey player.

15. Florida – Expect highly touted draft pick Eric Gudbranson and that Sweedish goalie that everyone is talking about (Phil Haarrtmaann?) to step in and make a big difference when this team is in Quebec City or something.

West – or – Master and Commander: The Other Side of the Continent that I dont know much about other than the standings and Some of the Teams’ Better Players.

1. Vancouver – Going with the whole best team on paper thing here…and why not they look pretty fucking good on paper. People think that Luongo is really terrible because when youre a sports fan you get to do stuff like that when someone doesnt put a championship dinner on the table every year (but psst…he’s actually really good).

2. San Jose – Fuck this team but they’ll do well. Oh and THANKS FOR CHEECHOO. No seriously though Jonathan Cheechoo is a really really good guy (at not scoring anymore).  Team to get destroyed in road game on December 2nd.

3. Los Angeles – These guys seem good. I had Doughty and Jonathan Nestle Quick in my pool last year and most of that worked out…Wayne Simmonds seems amazing. Also, expect Kopitar to light it up and finally get out from Brian Lee’s shadow a place he’s been dwelling since draft day.

4. Detroit – The team that being shitty forgot. As soon as Murray secures that Kovalev for Datsyuk trade I imagined about they wont know what hit them.

5. Chicago – Oh how the mighty have fallen … a few places in the standings and will have a very solid season and probably will do well in the playoffs again.

6. St. Louis – With Halak in net and a slew of exciting young talent that i have never actually seen play flabbity floobity flerg…i dont know…Halak and other dudes to do well.

7. Colorado – Seem counted out by many who probably have sound reasons that I dont bother to read about. I am picking them to make the playoffs again because I’m smooth like that.

8. Calgary – The Michael Buble team of the West…wait…this actually seems like a dumb idea. Hopefully Jerome Iginla’s fabulous smile can regain its…this is one of the worst managed teams in the league. When Glen Sather actually dutch door actions you the same Oli Jokenin who already didnt work out for you (duh) within a season…you officially become the worst GM in the league. Did I mention a whole bunch of this team is made up of players the maple leafs wanted to get rid of? Ive already typed too much to move them down. Youre welcome, Calgary.

9. Dallas – When you have a fantasy team that was as shitty as mine was last year and you are mid season scrambling to make a line that can compete with some other asshole’s Ovechkin-Malkin-Sedin line you discover a wonderful glut of leftover players. The Dallas South Stars have a lot of these dudes. Some underrated players on this team. I expect them to be a steady non-force. For more on the team follow Jonathan Cheechoo’s pressbox twitter. Seriously Cheechoo is a really, really nice man (to not have playing on your team anymore).

10. Phoenix – Has much better uniforms than they used to. Dave Tippet coached them very well and Wayne Gretzky looked very funny yelling. IIya Bryzgalov helped Conrad kick everyones ass in our fantasy league. The team has hockey players on it. This prediction is a stub. Help CCFRpedia by expanding it.

11. Nashville – Like the Phoenix Coyotes, the Predators are coached by a human man who helps them make the playoffs sometimes. Dan Ellis doesnt like being a millionaire. Jordin Tootoo is throroughly disliked around the league and spells his name Jordin which is stupid looking. He could beat me up really badly. Barry Trots was designed by Pixar. Shay Weber can literally shoot a hockey puck through an NHL regulation net. I am almost done.

12. Edmonton – Islanders east! I think they’ll do better than expected – not worst place. Lots of fresh young talent and a host of players that have been rumored for trade with your Ottawa Senators will make for a team with Martin Gerber in net.

13. Anaheim – A curse on your house always, Anaheim. This team shows me how tough the West is b/c they have a lot of good players and are in a rebuild or something…Whenever I want Ottawa to design a new uniform I always remember that they arent called the ducks and i am happy. Search videos of George Perros holding a microphone and saying stuff. He is really quite funny!

14. Minnesota – Like Florida, Minnesota is an American state. Sports teams tend to represent urban centres called cities. “Carolina” is not a specific city nor a proper state. I do not know much about this team other than Mikko Koivu did not have the break out season i predicted him to last year. They will look much better sucking in their beautifully redesigned uniforms. Goaltenders thrive in a defensive system. One must be careful how much they end up getting paid. Alexandre Daigle once played well for this team. Alexandre Daigle lives in Switzerland. “If I could turn back time I would have traded Alexandre Daigle for Steve Yzerman” – Cher

15. Columbus – Sports fans in Columbus, Ohio really enjoy College level American Football. They are right to do so. Steve Nash will make Winnipeg, Quebec City or Hamilton very happy one day. Antoine Vermette is very handsome at not meeting your expectations. Steve Mason is meeting his current expectations of becoming the Jonathan Cheechoo of goaltenders. Blue chip prospect Nikita Filatov made hockey history in 1999 when he became the first Russian born player to star as Amanda Bynes as Viola Hastings as fictional twin brother Sebastian Hastings in the film “She’s the Man” Screenshot: 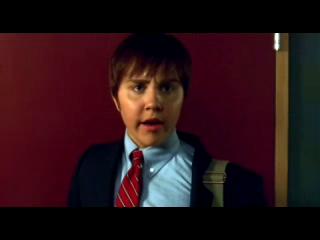 4 thoughts on “09.09.2010: In which we butter The Hockey News’ bread and Pete actually picks the Islanders to make the playoffs”