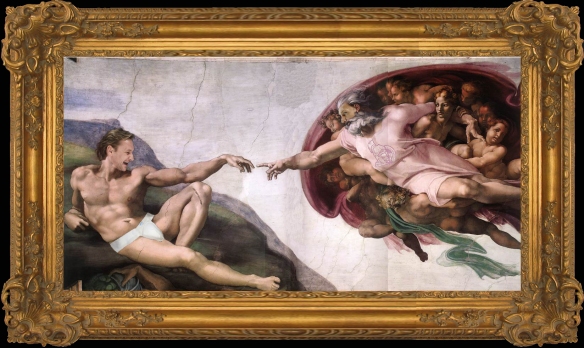 So obviously much love to Kovalev for becoming just the third Russian enigma to score 1000 points right behind the yeti (Federov) and the unicorn (Mogilny). That’s three 1000s in the first third of this season, including Alfie and Gonchar. I’m hoping Mike Fisher hits his 1000th hot tub sold before the season is out.

James and I had a good discussion about Foligno last night. Maybe I’m being too hard on the lad, but ultimately what I’m arguing for is patience and maybe some realistic expectations. It’s not unusual for a late 1st rounder to end up not being a top six forward after all. He’d be a good checking / energy player. Mystifying how he could have been so incredible in the preseason. I still think unreasonable expectations gets Foligno traded this season, though to whom and for what I don’t know. And having said not to rush Foligno, let me contradict myself by saying let’s get Bobby B up here now. Dude is killing it in the AHL.

Also, given the Sens played the Kings it’s time for the obligatory “We could have drafted Kopitar instead of Lee” statement. There it is.

Sens benefit from a close video replay call, survive their usual glut of 2nd period hooking penalties, Michalek assassins in from nowhere to score a goal (off a killer pass from Alfie), and Leclaire played really well. Welcome home boys.

Side note: never comment on a Puck Daddy post about a big hit with anything less than “Awesome hit!” or people are going to think you’re an idiot. Apparently it’s crazy for me to suggest that Marc Staal shouldn’t kill Matt Stajan if he sees that Stajan isn’t looking, and instead we get 10,000 “Stajan should have been looking” and sarcastic “Why don’t we just get rid of hitting altogether!” comments. The victim blaming thing in hockey is pretty alienating. If you cross-check someone into the boards everyone talks respect, but if a player annihilates someone in the neutral zone because they didn’t have their head up everyone piles on the guy twitching on the ice.

As to what Conrad said, as a 64 year old man, I have been watching hockey since I was old enough to have “real-boy” eyes. I don’t really get this “the code is gone” crap. Does anyone remember this guy Ronald Cornelius Hextall? Or Dale Horatio Hunter? Total pricks. How about Mike Milbury (AND SEVERAL OTHER BRUINS TEAMMATES) climbing over the goddamn boards and BEATING THE CUSTOMERS? …I don’t remember either. I also don’t remember Bobby Clarke two handing Valeri Khalamov’s ankle in the Summit Series in the 1700s (part of our heritage!). Maurice Richard taking swings at a ref? Never.
Real Talk: I don’t like to see high hits that result in a dude basically convulsing on the ice and missing the season so they can learn to not be dizzy all the time. Hell no. But my fellow old mans, let’s drop the charade and admit that this has always been an extremely rough sport and has always been dirty as shit (which is dirty…it has dirt in it) and that we CAN improve it.

Now that I’ve put the internet to sleep, Conrad I would like continue our discussion with the added benefit of you not being both smart and in front of meto make rebuttals…(ahem)

I got you. Loads of high draftees become, to use a close to home example, the David Hale’s of the world. Former first round pick and fighting for a roster spot. I mean, three hundred people get drafted per year. A huge class littered with anomalies both good and ungood. They aint all going to make it. The ones you would think would play the British Elite League end up kicking ass. Last night’s game was a great case study of this. Our late ass pick, didn’t even attend the draft captain played quite well along side second overall bluechip Jason Spezza. Meanwhile, teetering on losing his job, high round goalie bust (real talk: look at his career numbers) Pascal Leclaire got scored on by the one the got away, Anze Kopitar. All the while the game is watched from the press box by Brian “someone set my lawn on fire last night” Lee and none other than Luc “I can’t hear that I was considered too slow for the NHL because I have my hockey hall of fame plaque and QMJHL trophy that’s named after me plugg-ings my h’ear” Robitaille. I guess what I’m saying is…“life is like a box of lemonade, I’m kind of being a stupid asshole, and I forget what im going on about” – Forrest Gump (1994-1994)

I think with Foligno we have just seen what he’s capable of and we quite realistically want to see him play like that. He is a much needed physical forward who will crowd the crease and as we’ve all been witness to can finish a goal while falling on his butt. This is not necessarily a role for the Chris Neils of the world. Case in point from last night, Ryan “tears of a Fubar” Symth. Guy is literally the Olympic gold medalist of doing that job. I don’t really think expectations for Foligno are too high. I don’t think expectations for Regin are too high. I think they are just right. Score 15-20 goals. Provide secondary scoring. I think Foligno is producing at a Cheechooian rate right now (I’m not even TOUCHING that anomaly). I don’t think he’s getting traded though. He is younger than Bobby Butler. I have learned to become very patient with our picks as my hangover from the Muckler days of “who gives a shit about the farm team, the Sens are killing everyone all the time I am dipped in free pizza and Hossas grow on trees!” days. I think we have some great potential down in Bingo right now… shit even Jim O’Brien is even doing well now…but at the end of the day, to be a breakout NHL level player immediately at age eleventeen? No matter what your draft number is…now THAT is truly rare. …stupid frigging Crosby…

OH SHIT. Since I am going to be fired after this, I should mention, GO SENS GO. SENS WIN SENS WIN

And congratulations Alexei Kovalev!!! Glad you didn’t hit 1000 in one of those garbage dump losses (we know you made sure that didn’t happen! WINK…no, seriously…wink)

Another factoid from the WTF tote bag: last night was Leclaire’s FIRST WIN OF THE SEASON. We store the “do you think Leclaire will get his first win 21 games into the season?” question in the same pocket as “Do you think Foligno will be scoreless through those same 21 games?”

Anyway, I’m just psyched the Sens won against one of the best teams in the league. Even if those LA goals weren’t called off and they had lost 4-3, it was a good, close game.

That was actually a pretty entertaining game. The 3rd period was a bit of a schmozle. (Lord, I miss Gary Galley) I though the Sens did a nice job of being responsible in their own end. Save Spezza mental projectile vomiting the puck right on to Kopitar’s stick. He more than made up for it though with a very pretty effort.

Kudos to Kovalev who I thought was dead after that hit from Smyth but picked up two points. I find it funny that every time Conrad rags on him he manages to wet-fart his way to two or more points (just kidding, his goal was sweet).

I thought Peter Regin played a much better game, he had a great effort to break up a two-on-one and was in the right place at the right time for most of the night.

A quick check of my farmer’s almanac reveals the following interesting tid-bit:

Dude is straight up cursed, he had at least three blue ribbon scoring chances and was foiled by gremlins each time. If any news reports come over the wire of a blimp tragedy or general unrest, all fingers should point to little Nicky. I wouldn’t even let him plant-sit right now.

Just when I think Pascale Leclaire is on his way to becoming a tremendous WWE heel, he redeems himself and looks like the reincarnation of Rick Wamsley. I am no longer predicting anything regarding Pascale, all further analysis shall consist of a cocked eyebrow and a hearty, “hmmmm”.