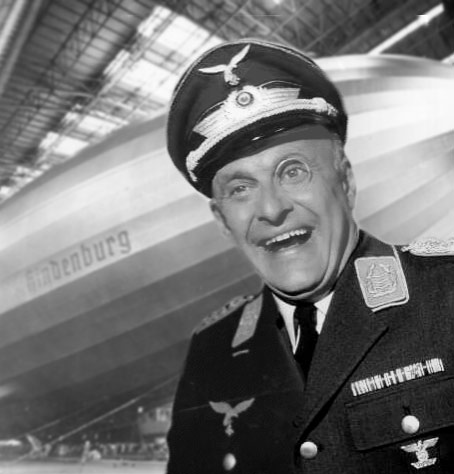 We know that next year’s roster will likely include Mika Zibanejad, Jakob Silfverberg, and possibly more of Ottawa’s many prospects, not to mention lost souls Bobby Butler, Stephane Da Costa and Nikita Filatov, who are scouring the bottom of the ocean looking for their game. So we’ve got a few UFAs to consider. (I’m not looking at RFAs like Nick Foligno or Peter Regin, because I assume they’ll all be back.) What better time than an exciting ramp up to the playoffs to look beyond said playoffs and consider the dry logistics of contract negotiation?

Jesse Winchester – After an injury shortened season, Winchester may end up the victim of incoming depth, particularly with the emergence of Jim O’Brien as a reliable 3/4 centerman and Peter Regin’s ability to switch to wing. I’d think he has to be worth the close-to-league minimum salary he’ll earn though, especially given how easily he draws into the lineup, his play on the penalty kill, and how strong he is along the boards. True NHLers who also happen to be cheap and will accept short contracts are valuable. If you have to sit him in the press box because of excess depth, that’s a problem most GMs would love to have. RE-SIGN HIM.

Zenon Konopka – When Zenon joined the Senators as his fifth NHL club in seven seasons, I was one of I imagine few people to be quite happy with it. Cheap, good face-off man, good in the room (we hear) and consistently leads the NHL is fighting majors, I was convinced that if you’re going to insist on having a player like that on your roster it may as well be him. 55 NHL games later and I’m not so sure. One consequence of Konopka fighting so much is that it seems to have little effect on the game itself. He fights as a matter of professional obligation, and it rarely seems in response to anything happening in game. It’s not accurate to say that he’s policing . I’ve become desensitized to Konopka’s presence. Worse, he’s prone to taking terrible penalties at bad times. CUT HIM LOOSE.

Colonel Klinkhammer – The Curious Case of Dr. Bob Klinkhammer, currently enjoying his longest stint in the NHL and not exactly lighting it up despite an opportunity to play extended periods with Alfredsson and Turris. 14 games in and he’s still looking for that first NHL goal. You’ve got to think that his natural spot on the team will be absorbed by Silfverberg or Zibanejad. At only 25 there’s plenty of potential here, but unless he’s willing to accept a two-way contract and spend time in Binghamton I just don’t see him returning to Ottawa. THROW THAT SKELETON OUT A HELICOPTER.

Filip Kuba – This is the biggest question facing Murray in the offseason other than how many zeros to add to Erik Karlsson’s contract. Kuba’s posting the best +/- of his career, and playing 20+ minutes a night. He’s a legitimate top four defenseman, and take a look at how few of those will be available July 1st. Barring some impossible run at Ryan Suter, Dennis Wideman, or maybe Johnny Oduya, this team isn’t going to replace those minutes internally. Or it could sign Jeff Finger. On the other hand, at 35 this is probably Kuba’s last professional contract, and I can’t blame him for insisting on three to four years at an average of $2MM-$3MM. That’s overpayment for Ottawa, but I’d still make the argument that it should happen. Cowen is still young, playing 20 minutes one night and 12 the next. There isn’t much defensive depth coming up, unless you think Eric Gryba is better than a bottom pairing D. Gonchar and Phillips will be a year older and less likely to shoulder the load. And he plays well with Karlsson. I think you’ve gotta PIAY THE MIAN HEESE MIONEE.

Matt Gilroy – Gilroy’s a tough nut to crack. He’s getting plenty of ice time, but in a system as wide-open as Ottawa’s you’ve got to think that a puck moving defenceman could do better than one assist in 13 games and a -2, especially considering that he had 17 in 53 and was a plus player with the terrible Lightning. He’s had his chances, and has famously blown a few open net shots. His CORSI is anemic. At this point you’ve got to think that he’s already scoping out potential destinations. MAKE HIM WATCH THE SANDRA BULLOCK VEHICLE ‘THE NET’ AND THEN DON’T RE-SIGN HIM.

Matt Carkner – I may be in the minority in thinking that Matt Carkner represents a fairly valuable type of player: cheap enough to occasionally sit without major consequence, willing to take a short deal, can play as a 6-7 defenseman in the NHL, and fights. Defensive depth is the name of the game, and if the acquisition of Matt Gilroy has showed us anything, a player good enough that you barely notice him is worth something. He may seem expendable, but he’s a low-risk player. Murray may let him walk only because he deserves a chance to sign longer term somewhere else, but if he’ll take something resembling his current deal, then UPGRADE HIS KITCHEN.

Alex Auld – Who? I think Auld got a raw deal this year, never being put in a position to succeed, but he’s obviously expendable with Ben Bishop towering over his shoulder and asking Auld “are you going to eat that?” Plus if Auld sticks around any longer Robin Lehner will cut the brake lines in his car. With so many teams desperate for goaltending, he’ll find work. RELEASE THE HOUNDS.