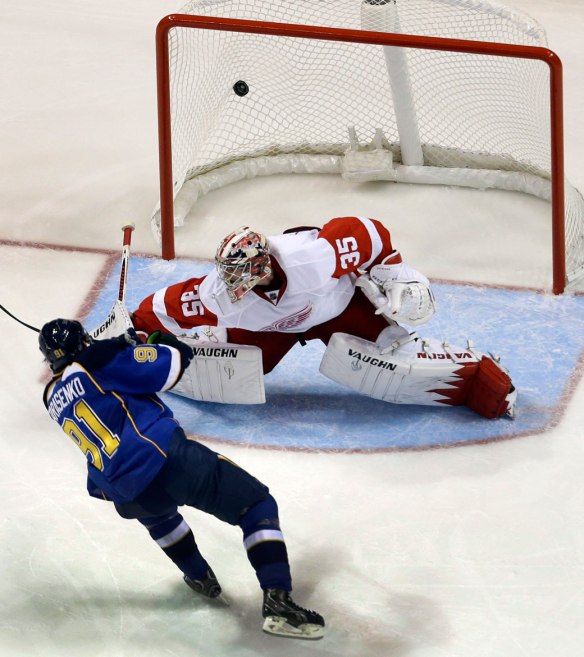 Kyle Turris looked pretty good in his first game of the season, getting a few quality chances, driving possession, and scoring a wonky goal to help ruin Winnipeg’s home opener. While I’ll continue to reserve judgement until he consistently plays without the team’s best all-around player, some dude I’ve never heard of named Daniel Alfredsson, he’s a young player entering his prime, and he looks like a threat out there on every shift. I’m really excited to see what he can do this year.

I wasn’t always excited about him, though. I wasn’t a huge fan of the trade that sent David Rundblad and a second round pick to Phoenix in exchange for Turris, simply because I think Rundblad could have been a key piece in a much better deal. But as Rundblad continues to develop in the minors and Turris contributes key minutes in Ottawa, it will feel natural to compare the two and their career arc. We might forget how Ottawa got Rundblad in the first place.

Ottawa traded their first round pick in the 2010 draft, 16th overall, straight up for Rundblad. St. Louis, having given up the smooth puck mover, proceeded to draft a skilled Russian forward. At the time, the deal looked, if not like a steal, then at least a clear win for Ottawa. They brought in “Mecha-Karlsson” (TM Silverseven), who had already put in a year’s development, and St.Louis used the pick to take a kid who might never leave the KHL. Add to that that a premier puck moving defenceman will be more valuable than a pure scoring forward any day of the week, and it seemed like a schrewed move. The very next year, Rundblad led the Swedish Elite League in scoring for a defenceman, had the second highest season totals in SEL history, and was top three in all scoring. Bryan Murray looked like a genius, and with Karlsson becoming the force he is today and Cowen developing nicely, the team looked set on the blueline for the next decade. Instead, Murray dealt from a position of strength and overpayed to bring in the second line center the team needed.

Now, granted, Ottawa might not have taken Tarasenko even if they’d kept the pick that fetched them Rundblad. But as the kid makes his NHL debut this season, it would be interesting to compare his and Turris’ numbers. I know that they’re different players, on different teams, in different conferences, and at different stages of their development. But it’s a useful contrast to look, Bizarro style, at what could have been. You always, always give something to get something.

Tarasenko’s KHL numbers have been pretty bonkers. He was a point-per-game player there last season, put up 11 points in seven games at the World Juniors last year (also five in six the year before, and 15 in seven (!) in 2009…though he stank this year). And he had two goals in his NHL debut on Saturday, helping St. Louis rout the Red Wings 6-0.

So what say you? Who will have the better point totals and possession metrics this season? Kyle Turris of Vladimir Tarasenko?

1 thought on “Who we should really be comparing Turris to”