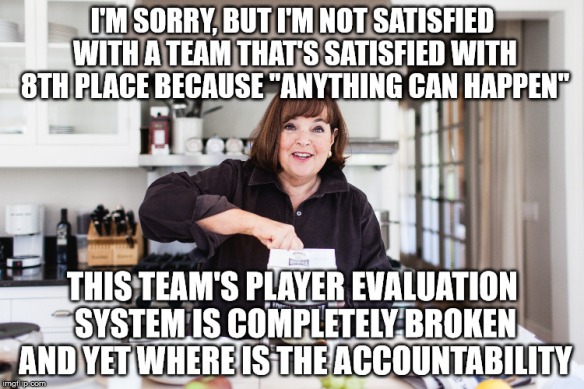 Me, putting cookies in a warm, toasty oven (not pictured: you, sharing another ice-cold take)

Hello! Did you have the weekend we had? With the kind of balmy weather that almost demanded a long, quiet walk at the bird sanctuary? And then you saw just the most superb owl, and celebrated with 12 pounds of hot wings and 77 beers? And woke up Monday, logy and covered in hot sauce, only to remember there were four games this week that needed previews?

It’s true, we’re running a little behind at the ol’ hater’s guide today, but don’t worry! We’re bringing back one of our most popular features, where we look at past players who left the Senators to play for one of this week’s opponents, only to endure poor performance, failure, and heartbreak. It’s the kind of feature you can feel good about. Let’s go!

PREDICTION: Look for a small subset of Twitter to continue to miss Erik Condra with the understated yet intense desperation of a late-70s Neil Diamond album, and for Erik Condra to continue not to score. Senators 5, Lightning 0.

Unfortunately, no Senators player has ever left Ottawa for Detroit. But that’s not bad, right?

PREDICTION: Look for a offensive outburst from Alex Chiasson, followed by a post-game revelation that Chiasson has been the latest struggling Senators forward to recently donate $50 to a member of Ottawa’s homeless community. Expect this to be covered as the kind of lightweight, feel-good story that does absolutely nothing for Ottawa’s homeless community. Senators 5, Red Wings 0.

Chris Phillips congratulates Brian Elliott after a win in Buffalo.

PREDICTION: Erik Karlsson may be second in points in the entire league, but he’s still over 15 points behind league leader Patrick Kane. Look for him to make up most of the difference in this game, and for all the post-game questions to be about that pinch he was burned on in the third minute. Senators 5, Avalanche 0. 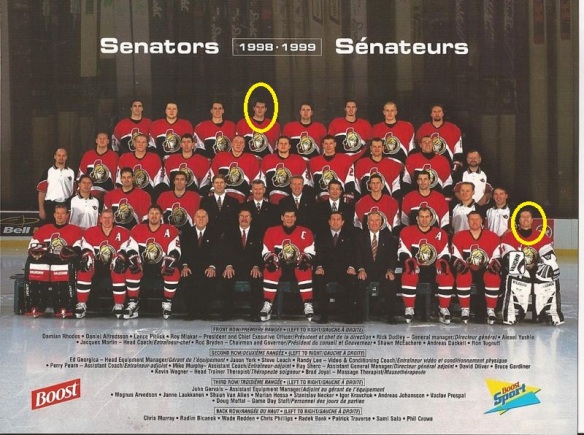 PREDICTION: A game against the Blue Jackets is the kind of low-pressure environment where Dave Cameron can try out new lines without worrying about Internet people firing off hurtful, charged phrases like “sub-optimal deployment”. So look for the debut of the Prince-Paul-Pageau line, which will be called the “Triple-P Line” by 99% of Sens fans and the “3 Feet High and Rising Line” by the rest. Senators 5, Blue Jackets 0.