Anyways, the city’s a buzz about keeping goaltender Craig Anderson. He’s an UFA at season’s end and we all know he’s here on a tryout. He’s played well and since Sens highlights are quickly falling in the TSN programming hierarchy he’s a big part of the conversation, positive and negative. Often, Anderson himself is the highlight. He’s displayed some flashy athleticism without a stout group on defence. So its time to weigh in. How long, at what rate? What about Lehner? What about Andy’s chances on the open market?

Simple question for you today: what kind of offer, if any, do we give Craig Anderson? I doubt anyone will say they don’t want him back, given someone has to play for this team next year, and I think we can agree that 19 year old Lehner probably isn’t quite it yet. But how high do you go? Would you pay him in excess of, say, $3M a year for 3 years?

It’s been exciting to see someone play their heart out for a team nowhere near the playoffs, but I think the sample size is too small to give him much in terms of money or years. He’s been playing out of his mind since coming over from Colorado, facing 40+ shots on most nights and allowing a team of B-list talent a chance to eke out 3-2 games, but no one can keep that up every night. Colorado tried to run with that strategy and ended up running him into the ground. I like him as a player, and would love to see him re-sign, but I just don’t see the organization wanting to pay him more than he makes now, which is about $2M. If he has to take a discount, I wonder why he wouldn’t take a discount for, say, Washington or Chicago. Ottawa might have to overpay to keep him, and I wonder if they should. (Though after our $5M Kovalev experiment, I’d probably be ok with the team overpaying for a character guy who also happens to be a more-than-serviceable goaltender.) So: I’d probably give him the money it will take to keep him, but I also think that’s probably why I’m no GM. Thinking with my heart here.

I think the length of the deal is the most important aspect. Basically the question is how long till we make Lehner the numero uno? How about a two year deal? Worth about 4 mil total. Maybe put some incentives in there to sweeten instead of overpaying?

Do you think he wants to stay? Being an everyday starter is tempting but to face 40 shots a night with some suspect defenders in front of him. If he does decide to stay in Ottawa his stats won’t reflect positively on his time, eventually hurting his chances at a new deal once Robin takes over. Is the rest of the league even watching Ottawa anymore? What would be the market? I’m sure there’ll be interest but the Sens will probably over value him thus bidding against themselves. Tricky stuff.

Allow me to add a caption to Steve’s latest masterwork “I can’t clear my crease no more, cuz I got too much money in it.”

After Leclaire injured himself during rehab for his current injury that he had received during the rehab for that previous injury … yeah, I don’t know. Either hiding in a bubble in his basement, or confined to a hospital bed would be my best guess.

In regards to what to offer Anderson, I think Steven’s picture says it best. Although we have a small sample size to go on, I don’t feel like Murray has a lot of other options when it comes to goaltending. Either he signs Anderson to whatever he wants, or we go into next season with Lehner (who is currently injured) as our starter which is just asking for another terrible season. Lehner is great, but at 19 not to mention still in his development phase, there is no way he can carry the team.

Good points. With his two year deal with the Avalanche, it was his first time ostensibly being handed the starting gig. You could argue that his one phenomenal season proves that he is capable of, if not definitely is, a starter. Meaning, he’s already taken his short, low-pay deal to prove he can be the go to guy, and now he’ll want term. He’s paid his dues.
Part of what makes me so skeptical that Ottawa can re-sign him is that Colorado are in essentially the same boat as Ottawa, and probably would have loved to have him back for two years at $2M per. You don’t just trade away a goalie who was in the Vezina conversation after one bad year – and for Brian Elliott, to boot – unless there’s something keeping a deal from getting done. I suspect that part of the reason he was traded was that he wanted more than the Avs were comfortable providing.
I wager that he makes it to July 1st without signing a deal in Ottawa and looks at his options. Ottawa will put a deal on the table, and he may well take it, but not before seeing if a contender comes calling first. Or a rebuilder offers more term. I could see him in Washington, Chicago, Philadelphia, Edmonton, Columbus, Atlanta, Detroit, Florida. Toronto, Tampa…
All of which makes me think that Ottawa will have to give him *gulp* Leclaire money to stay.
James:
Conracts are pretty hard to talk about for the non-GM/player agent (so basically we’re cool seeing as this is an exclusive forum for GMs and player agents to sling the hash) – btw Jay Grossman still waiting for you to get at me about that etting-gay olchenkov-vay ack-bay to the enators-Say thing i paged you about! I KNOW YOURE READING THIS DUDE!
Anyway, I go into this thinking aside from Crosby for like 8.7 years at 8.7 million because he thought that would be “pretty cool eh” fans rarely seem happy with contracts. I think why they always seem to be leave one wanting a mulligan down the road is 1. players are human men and not machines 2. because there are two people on the end of the negotiating table – i know i am blowing your heads off with deep knowledge here – the shrewd GM (minus Glenn Sather/ Mike Milbarfy) and the probably even shrewder (wow thats actually a word) player agent – who gets a piece. After a player has finished their entry level and arent seen as a marginal NHLer, there is a fixation on two things maximum payout, maximum term. You get a bit of a an idea why in our post-Marc Savard/Max Pacioretti/You name the player world.
Maybe Conrad’s right, maybe he goes to a contender, maybe Contenders have a good thing going on already hence why they are contenders. Maybe Anderson is their piece and some golden chariot swoops in and signs him. Yaaaaay (for themmmmm) But also, i dont know, maybe not…seen plenty of great goalies play on teams with less hope then the Sens (one rhymes with BROkoun)…
Anyway, back to my point about about Term/Salary, Anderson is probably (definitely) in the drivers seat on resigning here…and…the contract is probably going to be disliked by a lot of people if it goes down.
PEEERRRRSONALLY, Ottawa needs a good goalie as they always have (NO MORE BRIAN ELLIOOOOOTS FOR THE LOVE OF GOD!) but i think Prianka rightly raises the issue that the sample size is small and we have the image of a glassman and a raw prospect who played in the OHL a year ago as options. What Im saying is Ottawa is going to have to find a goalie anyway and i kind hope its Andy – and if its not well, 50 save overtime and shootout shut out of the leafs in TO on a Saturday night = lifetime pass buddy…life time pass
True he cant keep facing 50 shots a night but i hope that the additions of Runblad, Cowan, Larrrrrrssssssssoooonnn??????, a not career worst season from Gonchar/Phillips will cut down on that. Maybe they sell him the future? *tugs collar*
For me I would be happy to see a competitive (read: highish/high) salary be offered at the trade off of short term – 2yrs max. Ottawa is actually in a position to overpay a little here and there with so much cap space (our first line wingers are currently Colin Greening and Bobby Butler btw…) for a year or two and maybe plug in a certain Swedish 21 year old entry level scapegoat/saviour/nutcase  by then.

The Ottawa Senators and their Cable TV Movie equivalents. It’s the season for lying on your couch and realizing that the movies running late at night have more in common with your favorite Ottawa Senator than you think. Join me won’t you? The balcony is open:

Credits to credits this is an outstanding film, can’t say a word against it. Has a great habit of showing up during cold and flu season or during a rained out Atlanta Braves game. If I were starting a cable channel franchise, this would be the movie I build around. Re-watchable, gritty. Harrison Ford’s last great hurrah and only more fuel to the “he’s held on too long” argument.

END_OF_DOCUMENT_TOKEN_TO_BE_REPLACED

Busy day at the CCFR, Conrad’s off eating dim sum in the shower of a Mississauga Super 8. James is scrubbing his resume  for all references to Snoopy and Peter is searching frantically for recaps of the VAN-OTT game that haven’t been edited for seniors.

END_OF_DOCUMENT_TOKEN_TO_BE_REPLACED 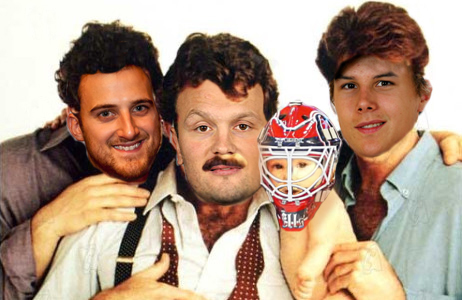 We here at the ccfr dust off our film studies minors to weigh in on a hard fought win over the hated leafs. If Roger Ebert is the Balzac of polished, studious film writing. Consider us the ranting John McClane wearing the sandwich board in Harlem from Die Hard 3.

END_OF_DOCUMENT_TOKEN_TO_BE_REPLACED

Incontrvertable evidence that Alex indeed knows how to work out.

Also some of the ccfr “staff” are getting together to watch tonight’s game. Any suggestions on local Ottawa watering holes are welcome. Come on down and tap on the proverbial glass of your favorite bloggers. It’s a gathering of the CCFRaloes… wait, what?

We here at the ccfr are not the type to ignore the more popular ebbs and flows of the internet. As a faithful service to our reader(s) we present the opening weekend in patronizing, pidgin English form. preeze enjoy:

END_OF_DOCUMENT_TOKEN_TO_BE_REPLACED

I read about a delicious (read: probably not even remotely true) rumour this morning that
the Senators are making a serious play for BeebopoBlipple Bobby Ryan.
I havent given it too much thought and I have a meeting in a few minutes but

My Question is a two parter:

A) Would you go for this dude
B) If so what would you give up for him?

Off the dome: I would probably give up Filip Kuba and ….i dont knowwwww…..1st rounder? …or maybe a bottom six forward.

END_OF_DOCUMENT_TOKEN_TO_BE_REPLACED

From James to Conrad, Peter

Greetings,
So you may have seen this projected on the screen of a passing dirigible in the last 24 hours but the Ottawa Senators have signed forward Nicholas Hyacinth Boutros-Boutros Aloysius Foligno to a two year hockey playing contract (that’s what lawyers call them). So answer me these questions 4 (or more..or less…just answer the questions…m’kay?)
END_OF_DOCUMENT_TOKEN_TO_BE_REPLACED